The History of the American Printing House for the Blind: A Chronology 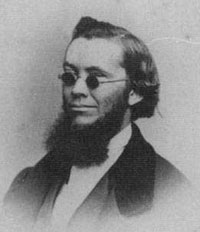 1856: Dempsey B. Sherrod, a blind man from Mississippi, travels his home state to raise funds to manufacture books in raised letters. By 1857, he has convinced the state of Mississippi to charter a national "Publishing House to Print Books in Raised Letters, for the Benefit of the Blind." The company will be located in Louisville, Kentucky.

1858: The General Assembly of Kentucky Passed An Act To Establish the American Printing House for the Blind.

1860: The American Printing House for the Blind (APH) raises its first operating funds from private citizens in Mississippi and Kentucky — $1,000 from each. Superintendent Bryce M. Patten orders a press, and an operation is set up in the basement of the Kentucky Institution for the Education of the Blind.

1861: Before the fledgling institution begins to emboss books, the Civil War breaks out, wiping out any possibility of the southern states making good on their promises of funding.

1865: The war ends and a state allocation from Kentucky, along with individual donations from Ohio, Indiana, Kentucky, and Illinois, allows the Printing House to begin work. The following year, APH produces its first book, Fables and Tales for Children, in Boston Line Letter.

1876: APH earns a reputation for quality and its central location provides easy access to river and rail transportation. The American Association of Instructors of the Blind (AAIB) elects a committee to draft a bill to provide federal funding for blind students.

1879: On March 3, 1879, the first federal act benefiting blind students passes. The "Act to Promote the Education of the Blind" provides funding to the Printing House for embossed books and apparatus for blind students throughout the country. This funding continues today through the Federal Quota Program.

The End of the 19th Century: Building & Rapid Growth 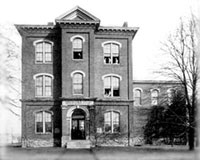 1883: Federal funding creates new demand for embossed books and the Printing House outgrows its basement room at the Kentucky School. Using funds from the State of Kentucky, APH constructs its own building on land next door.

In the remaining years of the 19th century, APH production of embossed books increases dramatically, growing from a fifteen-page publications catalog in 1894 to a 100-page listing ten years later.

1922: Building expansion doubles the capacity of the press room and bindery.

Gradually, New York Point and raised letters are phased out in favor of braille, and later, interpoint braille embossed on both sides of a page. Improvements are in the works for better stereograph machines, faster presses–anything that lowers the cost of embossed book production. Educational aids are basic–braille slates, writing guides, maps, spelling frames, etc.

1928: Introduction of the Reader’s Digest® in braille. 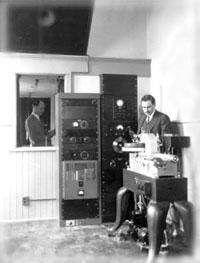 1931: The Pratt-Smoot Act expands funding for literature for blind adults. A machine shop is established, and arithmetic slates and the Beetz (music) Notation Graph are introduced.

1932: Adoption of Standard English Braille ends the era of books in different tactile systems in the U.S.

1934: An endowment fund for APH is initiated to subsidize magazine subscriptions and other programs not covered by Federal Quota funds.

1940s: The Work Continues Despite a World War

APH extends its work week to 44 hours because of war-related labor shortages. The critical list of materials essential to the war effort includes most of the materials used in the company’s products.

1946: The Act to Promote the Education of the Blind is expanded to include large type materials and APH creates a large type textbook department. 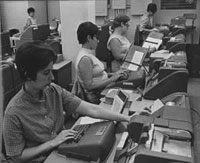 1952: The Department of Educational Researchis established. Under its first two directors, Samuel Ashcroft and Carson Nolan, APH dramatically expands its production of education aids. Fifty-two braille magazines are in production.

The Central Catalog textbook reference service is organized, helping locate textbooks transcribed into braille by a wide variety of organizations. It is the early version of what became the Louis Database. 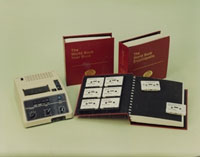 1987: The last rigid vinyl Talking Book comes off the press in May.

1988: The Department of Educational and Advisory Services is created to coordinate and support the administration of the Federal Quota program and APH’s work with its Ex Officio Trustees.

1990s: Moving Toward a New Millennium 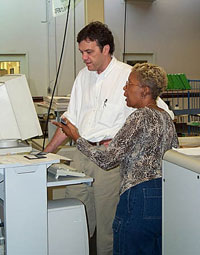 The Braille Research Center is initiated.

1994: The Museum of the American Printing House for the Blind opens in October.

1998: The APH File Repository is created to house publisher files and translated braille files. The Accessible Textbook Initiative and Collaboration (ATIC) is created to address the issues of timeliness and availability of textbooks in a variety of accessible media.

2001: APH completes the first phase of the transition from analog to digital recording in the studio. Digital recordings of Talking Books offer increased quality and greater navigating capabilities at a lower cost.

2001: The Hall of Fame for Leaders and Legends of the Blindness Field is announced along with the names of the first 32 inductees. The Hall is supported by the entire vision profession, but is housed at APH. Nine of the ten "living legends" from the Hall of Fame are honored at APH’s Annual Meeting in 2002. 2006: Building on Patterns: Kindergarten Level is introduced by APH. This product is the successor to the highly successful primary braille literacy curriculum Patterns Reading Program.

2007: APH introduces the Braille+™ Mobile Manager, a small, talking PDA with a brailler-style keyboard. The Braille+ includes a myriad of functions, such as a word processor, calendar, wireless internet access, audio recorder, and an MP3 player.

2010: The last Talking Book produced on cassette for the Library of Congress at APH rolls off the line as production is converted to the new digital cartridge. For the time being, magazines continue to be issued on cassette.