Hall of Fame to Be Established at APH 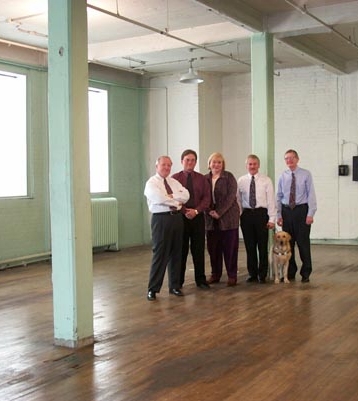 An exciting new initiative is underway at APH: establishment of the "Hall of Fame: Leaders and Legends of the Blindness Field." It will be located on the 4th floor rear, next to the new Barr Library. Construction began in early January, and it is anticipated that the Hall of Fame will officially open next fall.

A 2000 AER (Association for the Education and Rehabilitation of the Blind and Visually Impaired) presentation on the Heroes and Pioneers of Vision became the catalyst for APH’s fledgling efforts to establish a Hall of Fame. Thirty-two leaders in the field of vision were spotlighted at a conference in Denver. These 32 individuals will represent the initial "class" of inductees into the Hall of Fame. A formal nominating process will be used to select inductees in subsequent years, and induction will probably be limited to one per year. Selection criteria are currently being developed, but it has been decided that individuals inducted must have been retired from the field for at least 5 years.

The Hall of Fame will include "bas relief" (tactile) plaques of each inductee, as well as biographical information and artifacts. Seed money for the project is being provided through the APH endowment fund, but funds will need to be raised for ongoing operations, purchasing plaques, and artifact cases. Fund-raising efforts will be coordinated through the APH Development Department under the direction of Don Keefe.

There is widespread support for the Hall of Fame throughout the field of vision, and that is a necessary component for its success, says Bob Brasher. "This is not solely an APH project," Bob says. "It’s important that everyone in the field of vision feels a sense of ownership and participation because it really is their Hall of Fame."

Bob continues, "It is exciting to see the support and enthusiasm that establishment of this Hall of Fame is creating. People who work in the field of vision are eager to keep their history alive and to learn from the work of the great professionals who came before them."

Bob agrees with Dr. Dean Tuttle who says, "The paths that our heroes have blazed and the legacies they have left provide us with purpose and meaning."