The Hall of Fame: Leaders and Legends of the Blindness Field is housed in the renovated 1926 wing of the American Printing House for the Blind building. Click on the pictures to see a larger version. 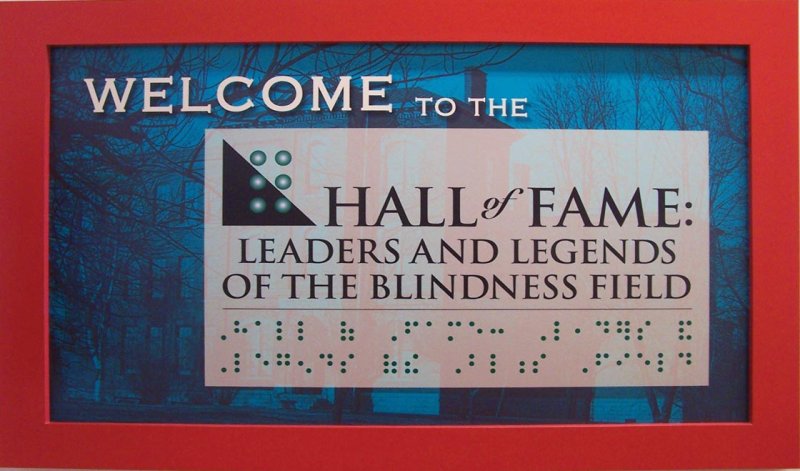 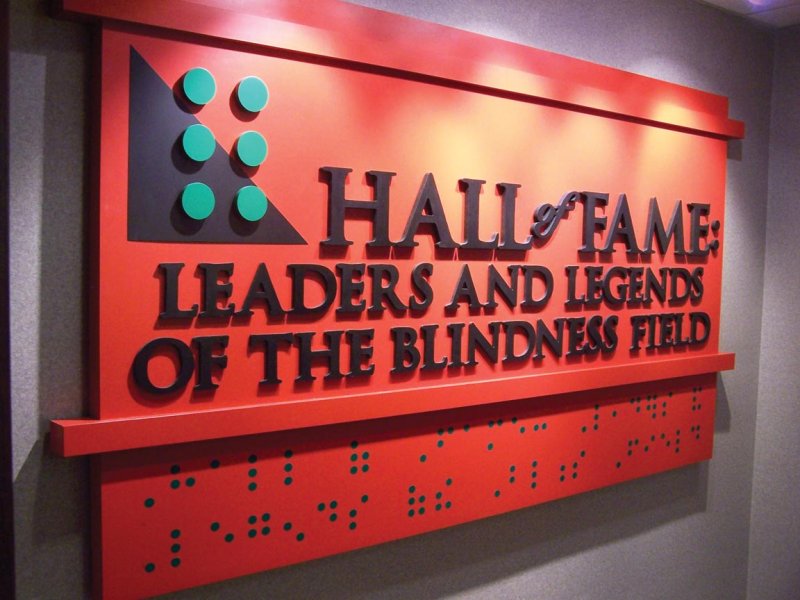 As you enter the Hall of Fame foyer you are greeted by a very large and bright Hall of Fame logo to your left. 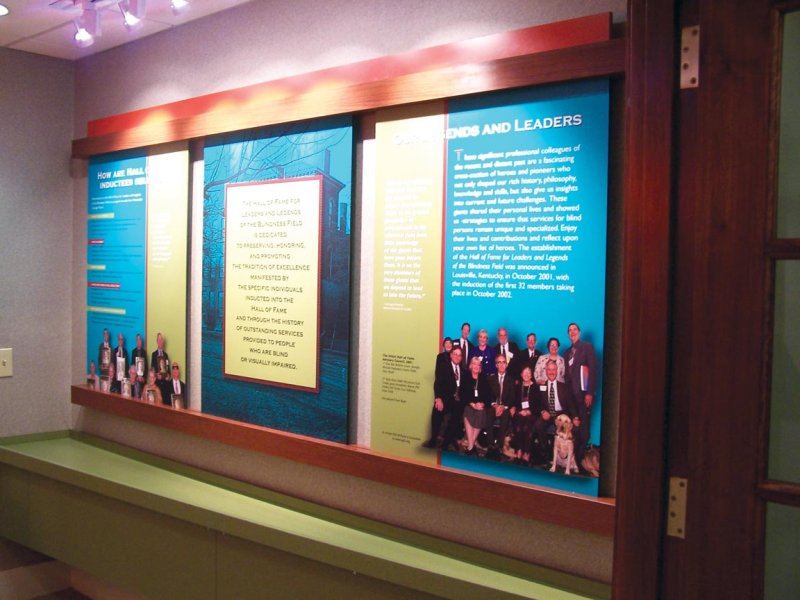 On your right, upon entry, you find three panels describing the Hall’s history, mission, and nomination process. 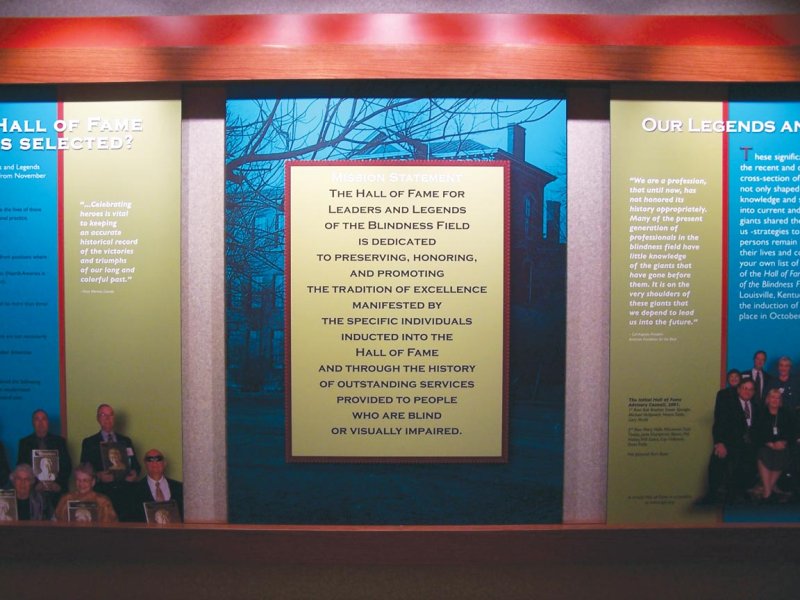 The center entry panel shares the mission of the Hall. 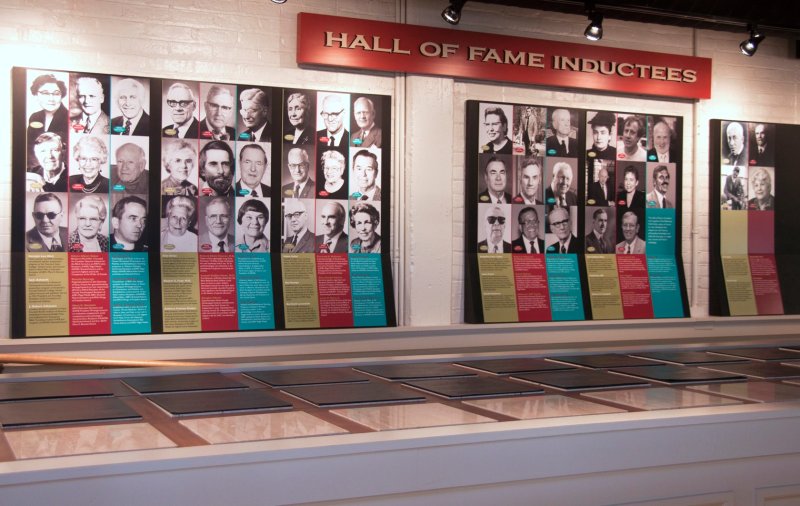 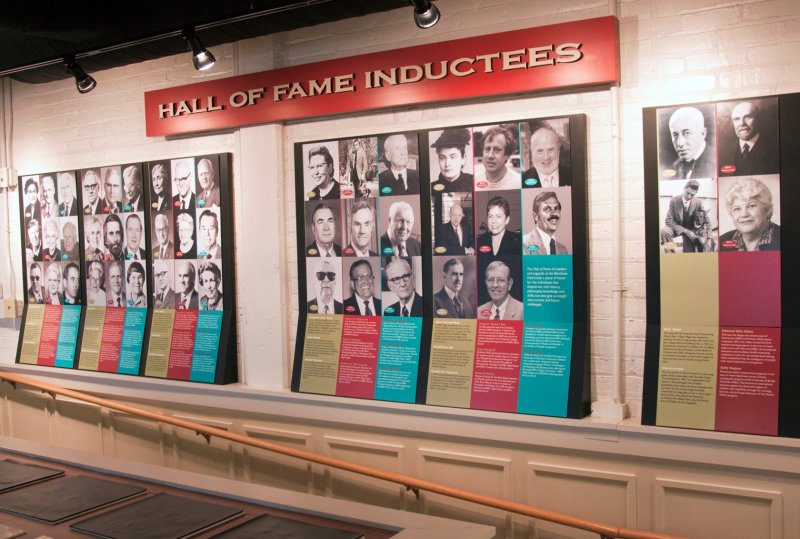 To the right, across from the Inductee Wall, are brailled tiles bearing the same information.

Inductees from 2010 and 2011 are featured on this panel: M.C. Migel and Morris Frank; Edward Ellis Allen and Sally Rogow. 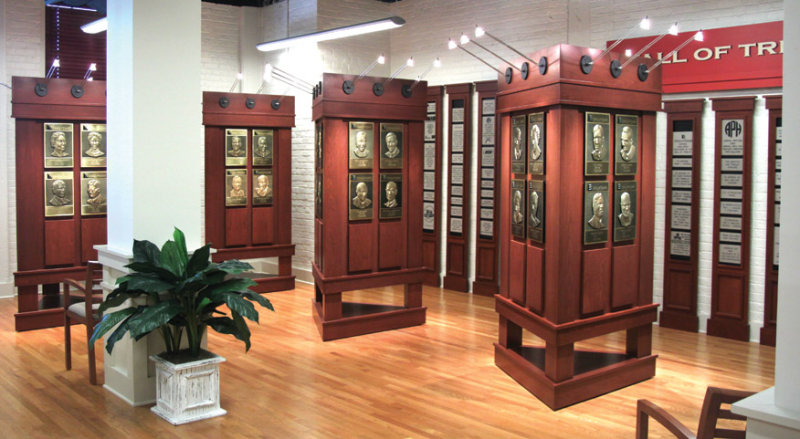 Four triangular kiosks display the plaques of the inductees. Each kiosk has room for 18 plaques. 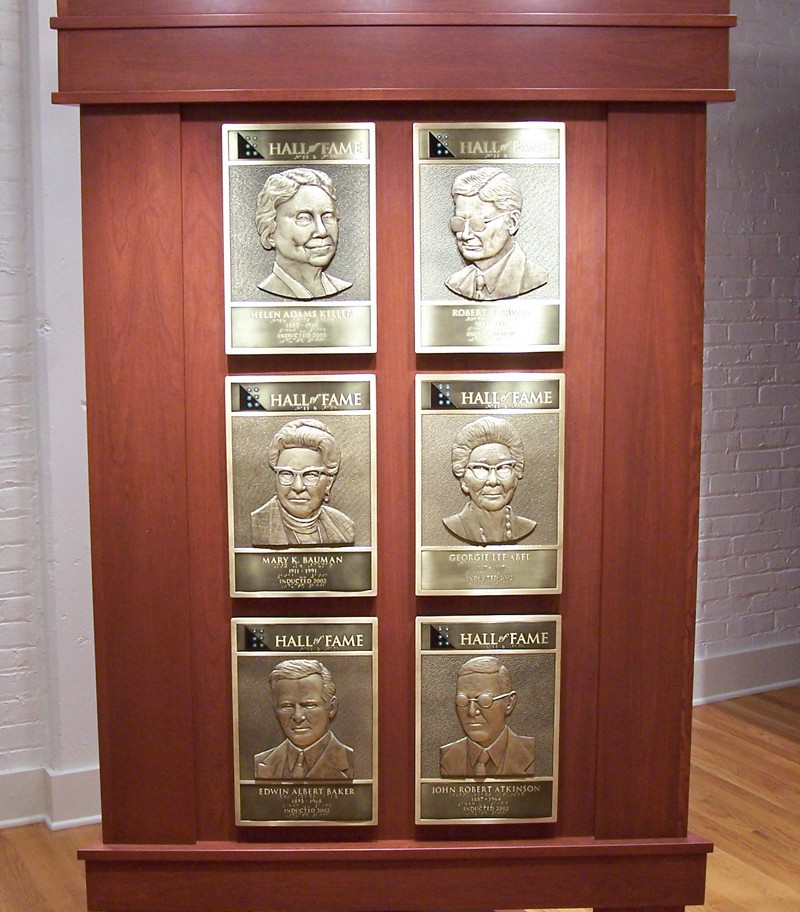 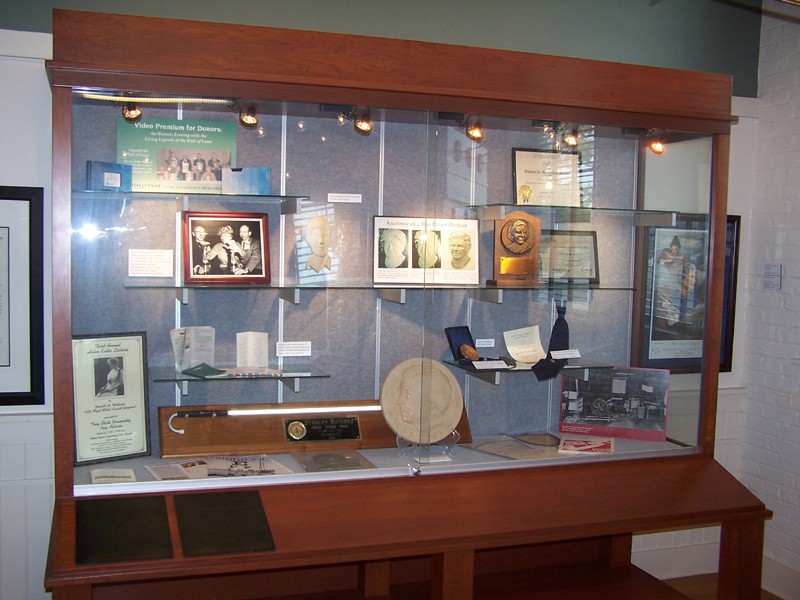 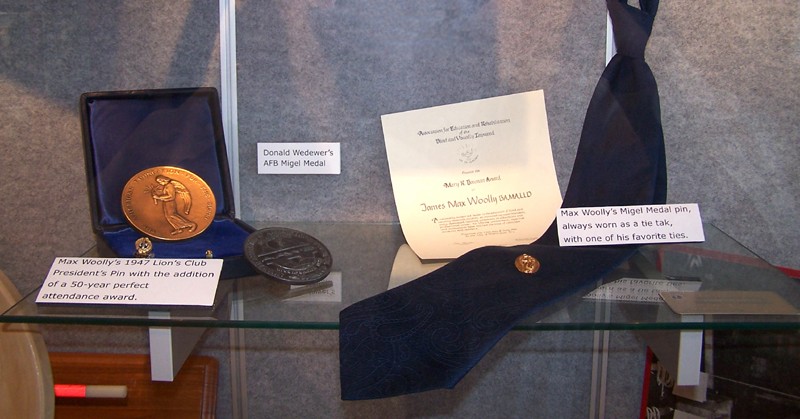 A close-up of some of the memorabilia–Max Woolly’s 1947 Lion’s Club President’s Pin with a 50-year perfect attendance award, Donald Wedewer’s AFB Migel Medal, and Max Woolly’s Migel Medal pin (always worn as a tie tak) with one of his favorite ties. 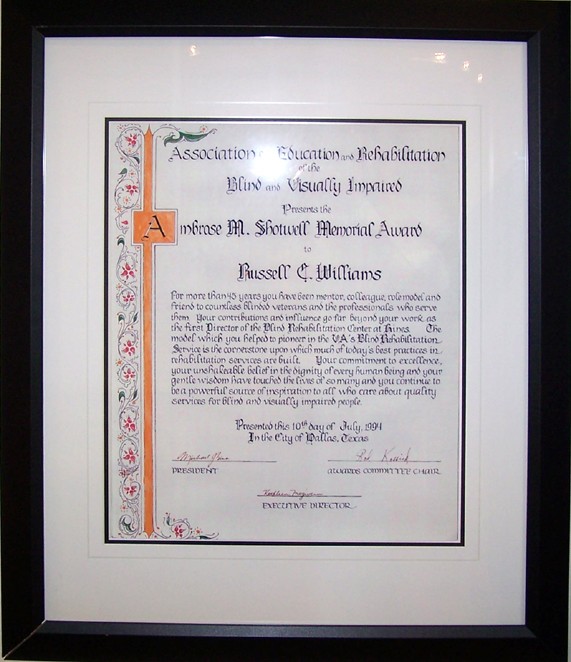 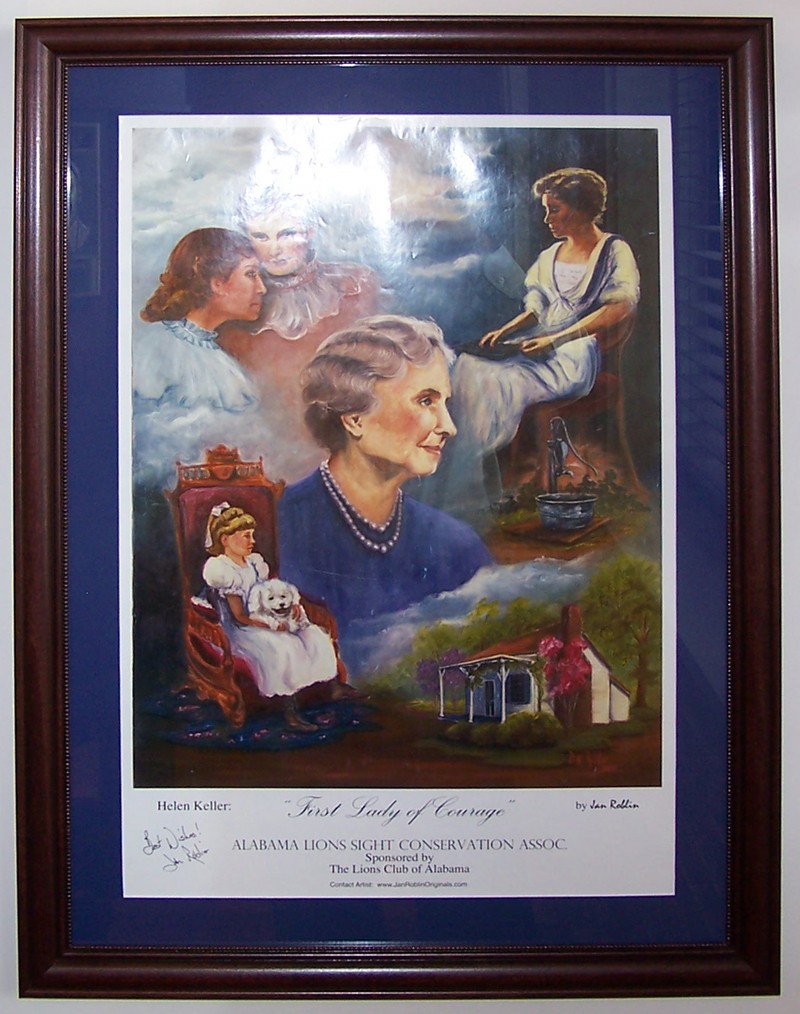 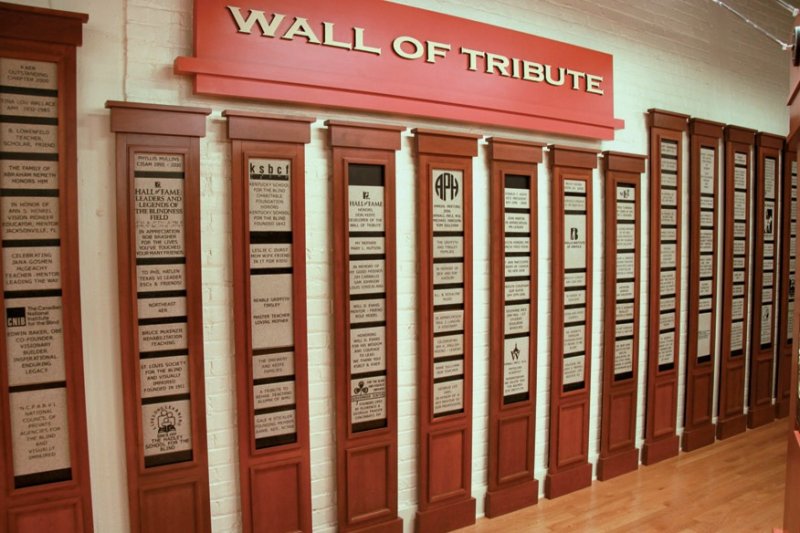 The Wall of Tribute, which holds over 170 stones, boasts a new bold header. 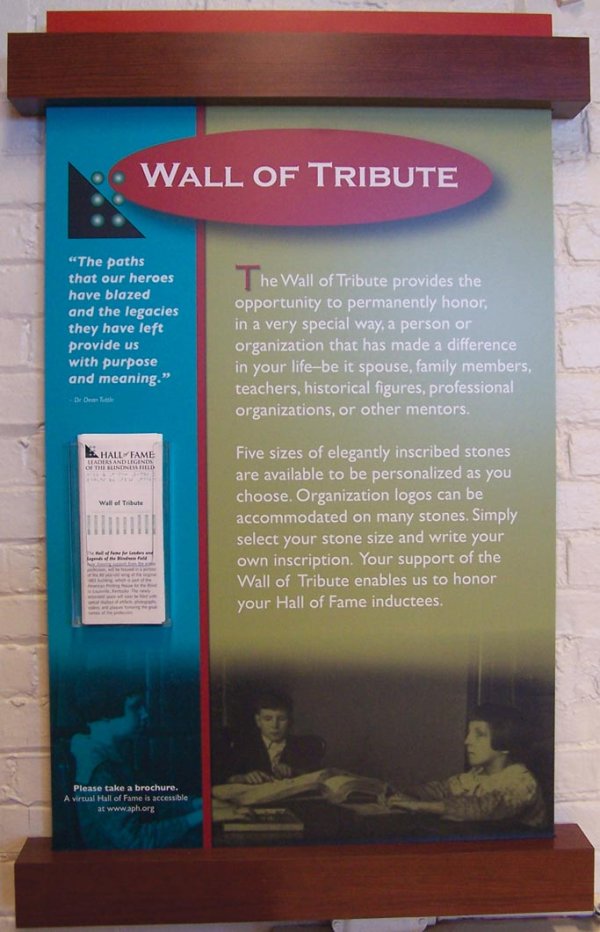 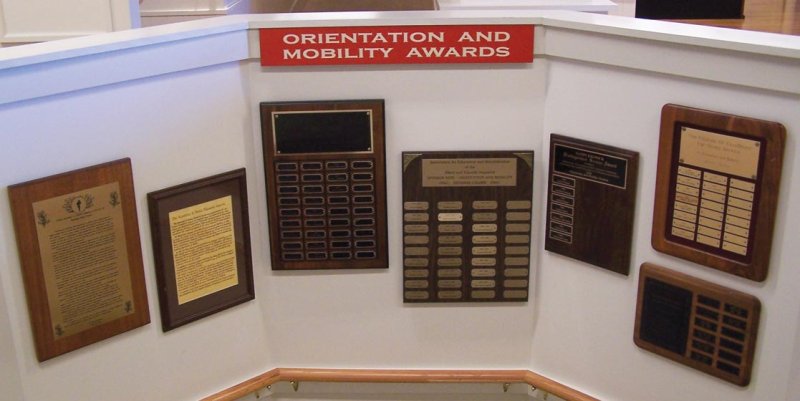 Award Plaques of the AER Orientation and Mobility Division on open stairwell connecting the Hall of Fame with the APH Museum.