Georgie Lee Abel (1907-1997) was born in Atlanta. The Abel Family moved to Chattanooga, TN and then on to Nashville so she could attend the Tennessee School For The Blind. She received her B.S. and M.A. degrees from George Peabody College for Teachers in English and completed further graduate work at other institutions. 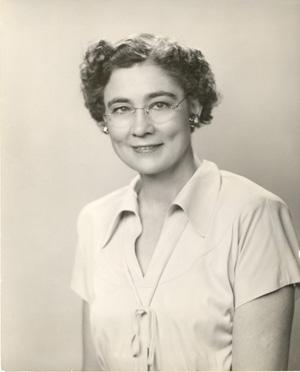 Near the end of World War II, Georgie Lee Abel was called upon to join the staff of the American Foundation for the Blind as the Educational Consultant. At this time, there was a dramatic increase in the number of blind and visually impaired children due to retrolentalfibroplasia (currently referred to as retinopathy of prematurity.) Georgie Lee Abel spearheaded the effort to prepare the public school systems to meet the educational needs of this influx. In addition, she spent a great deal of her time going to various states to help initiate teacher training programs for the blind and visually impaired who would be enrolled in public schools. She also served as president of the National Braille Club during 1959-60. 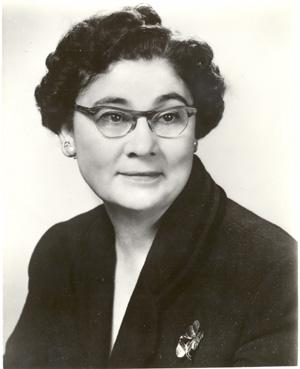 In 1960, Georgie Lee Abel joined the special education faculty at San Francisco State College, as coordinator for the Area of Blindness. Typical of her pioneering spirit, she hired Stan Suterko and Pete Wurzberger to provide O&M workshops for public school teachers, a first in the country. Through her tireless efforts and professional skill, she strengthened and enlarged the vision program by refining the curriculum and by writing grants to add faculty and to obtain student stipends.

Georgie Lee Abel lived in the Park Merced Towers adjacent to the campus and her apartment became a gathering place for students and faculty. She retired in 1974 but continued for many years to be in demand as a speaker, lecturer, and consultant. 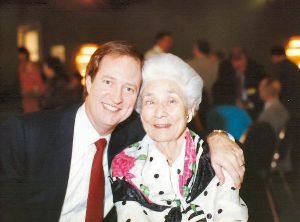 Georgie Lee Abel has contributed articles to various publications dealing with general education and health as well as specifically with the education of blind children. She wrote the chapter "The Education of Blind Children," in Education of Exceptional Children and Youth, edited by Cruickshank and Johnson; edited the book Concerning the Education of the Blind published by AFB; and co-authored with Lowenfeld and Hatlen, Blind Children Learn to Read. She has coordinated three national work sessions dealing with the education of the blind, has served as a consultant to the U.S. Office of Education and was a member of various general education organizations. She is listed in Who’s Who in Education. Georgie Lee Abel was the recipient of the Mary K. Bauman Award, given to an individual who through his or her example, insight and inspiration, has made outstanding lifelong contributions to the education of children and youth who are blind or visually impaired.

Photos: Portraits of Georgie Lee Abel in 1952 and 1960, both courtesy of the Archives of the American Foundation for the Blind; Tuck Tinsley and Georgie Lee Abel at the 1990 APH Annual Meeting

A Special Interview with Abel, Taylor, and Lowenfeld. Hosted by Susan Spungin, 1987:

Download A Special Interview with Abel, Taylor, and Lowenfeld video