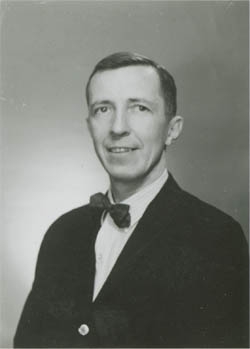 Sam Ashcroft (1921 – 2006) earned degrees that included a B.S. in Education from Northwestern University, M.A. in Guidance & Counseling from New York University, and an Ed.D in Special Education, University of Illinois. His life-long interest in braille emerged early with his dissertation on "Errors in Reading in Braille in Elementary Grades."

Sam Ashcroft’s career on behalf of blind and visually impaired children and youth spans over fifty years in both education and research. He began as a regular classroom teacher where children with visual disabilities were integrated. In 1949 he assumed the responsibilities as principal of the Iowa Braille and Sight Saving School. Among other positions, he served as founder & first Director of Educational Research, APH; Professor in the Department of Special Education, University of Maryland; and the Director of The National Center on Educational Media and Materials for the Handicapped, Ohio State University. 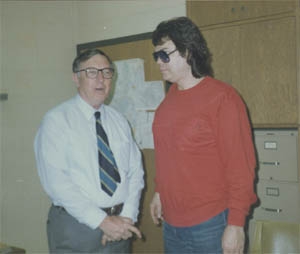 Most of his career, however, was at George Peabody College in Nashville (1957-1971, 1978-1985) where he developed and coordinated a regional program of preparation for teachers of blind and visually impaired. He is best remembered in his role as professor and Director of Graduate Studies for the quality of the scholars, researchers, and administrators who are now serving throughout the nation. His research efforts included studies on the topics of braille, assistive technology for the blind, severely/profoundly handicapped and chronically ill children. 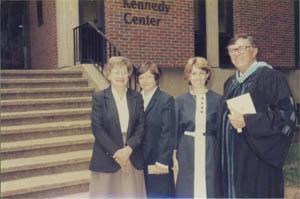 Sam Ashcroft was active in the Council for Exceptional Children, serving as its National President (1970-1971) and the founding President of the Foundation for Exceptional Children (1971). He was a Delegate to the White House Conference on Children in 1970 and was chairman of the Committee on International Children’s Year (IYC). He has participated in the Pan Pacific Conference on Children, Honolulu, Hawaii and served numerous times as grants reviewer and site visitor for the U.S. Office of Education, BEH. 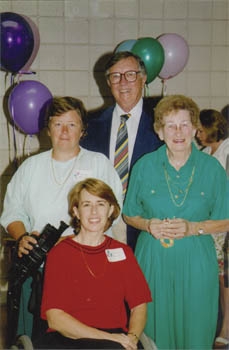 A legacy of numerous professional journal articles, conference presentations and book chapters can be illustrated with a few representative titles: "Blind and Visually Limited Children in Schools" in Dunn, Exceptional Children in the Schools; with Henderson, Sanford and Koenig, New Programmed Instruction in Braille (SCALARS Publishing); and Publisher of The Braille Enthusiast’s Dictionary by Koenig & Holbrook, (SCALARS Publishing).

The international scene in special education was no stranger to Sam Ashcroft. He was chairman, U.S. Delegation, to Nordic Countries and participated in a study tour of special education in many European countries. He contributed to special education seminars in Copenhagen, Stockholm, Oslo, and Athens. He served as an international consultant for the American Foundation for Overseas Blind, missions to the Philippines, Brazil and Puerto Rico.