J. Robert Atkinson (1887-1964) was born the sixth of eight children in Missouri. As a young man he rode the Montana range as a cowboy, molding his self-reliant character. While visiting Los Angeles, he was blinded in a gunshot accident. As an adult blind man in 1912 he decided his best course was to fill in the gaps in his education. He married Alberta Blada Atkinson in 1919.

Bob Atkinson had relearned how to read but to his disappointment, there were few brailled books available. Undaunted, Atkinson enlisted his family to dictate to him. Through the years he transcribed by hand until he had built a personal library of more than 250 titles.

In 1919, Bob Atkinson founded the agency which later would be known as the Braille Institute of America. With a $25,000 gift from Mrs. Mary Longyear and her husband, longtime benefactors to the welfare of blind people, he established his own Universal Braille Press. The first King James version of the Bible, (all 21 volumes) was completed in 1924. He published the brailled monthly magazine (styled after the Reader’s Digest format) in 1926. He named it the "Braille Mirror" and it has been distributed uninterrupted without charge throughout the world. By 1931 he had copyrighted a braille/inkprint calendar. In 1938 Braille Institute published the first Merriam Webster dictionary in braille in 32 volumes, including for the first time a braille code for pronunciation.

From this early focus on producing braille materials, Bob Atkinson built his enterprise into a full-fledged publishing, library and rehabilitation agency that now takes up a full city block in Hollywood. He had to teach himself how to be a businessman, an inventor, a fundraiser and an advocate in his attempt to eliminate potential barriers to a full life. 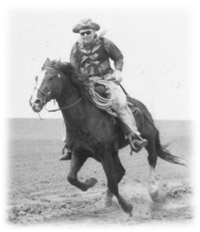 His knack for invention also brought many advances. With the help of a mechanical engineer, he produced his own patented printing press. In 1924, he devised an improved stereotype machine for embossing plates, known as the Atkinson model. A year later, he developed an improved method for interpointing, embossing braille on both sides of a sheet. During the 1930’s, he devised a way to compress the number of words per record and called his own talking-book system the Readophone. In 1946 he produced his own line of braille writers.

Bob Atkinson was elected as a founding trustee in 1921 of the newly formed American Foundation for the Blind. His legislative efforts influenced the passage of the Pratt-Smoot Act of 1931, which created the Division for the Blind of the Library of Congress, now known as the National Library Service (NLS). In 1939 he was elected as second vice president of AAWB, and he later served two terms as president. He was the recipient of the distinguished Shotwell Memorial Award for outstanding service to blind people in 1957.