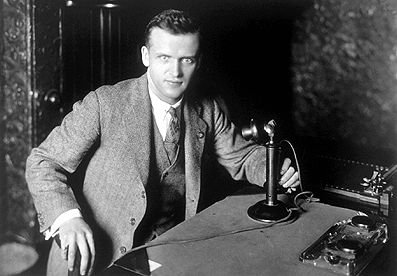 Edwin Albert Baker (1893-1968) was born in his family’s stone farm house near Kingston (Ontario, Canada), on the shore of Lake Ontario. Until he entered Queen’s University at Kingston, he attended the local school and helped on the farm. A few months after graduating in the then new course in electrical engineering, he enlisted with the 6th Field Company of Engineers. By October, 1915, Lt. Col. Baker was in the muddy Belgian trenches, where a sniper’s bullet blinded him. He went to St. Dunstan’s in England for rehabilitation where he studied braille, typing and business administration, and took up such aids to self assurance as fencing and sculling. In December, 1919, on the anniversary of his parents’ wedding, he and "Bill" were married and they had four children.

In 1918, the Canadian National Institute for the Blind (CNIB) was founded by Col. Baker and 6 other blind and visually impaired Canadians. Col. Baker was the Institute’s Managing Director from 1920 until his retirement in 1962. He made a practice of recruiting groups of inspired, able, dedicated women and imaginative, competent business and professional men who would work for and with the blind for their rehabilitation and to develop programs to prevent blindness. Under his leadership CNIB began to gather information about blind and visually impaired people in Canada, which ultimately resulted in the development of the first nation-wide database on the incidence and causes of blindness.

Col. Baker felt that services for the blind had to be initiated at all levels. He advocated to have classes for visually impaired children placed into schools, persuaded the Federal Government to start compulsory treatment of ophthalmia neonatorum, organized eye examinations for Native People in remote areas and initiated many more projects that have helped save the sight of thousands of people. His work with the CNIB and the World Council for the Welfare of the blind (WCWB) required almost constant travel. Furthermore, his duties as trustee of the American Foundation for the Blind, as one of the directors of the American Foundation for Overseas Blind, as president of the American Association of Workers for the Blind, and as executive council member of the Royal Commonwealth Society for the Blind, with headquarters in London, England, added much to those travel demands.

Over the years, Col. Baker had many honors bestowed upon him such as the Order of the British Empire in 1935, an honorary Lieutenant Colonel in 1938, presentation to His Majesty King George VI in 1939 and Her Majesty the Queen in 1957, the Migel Medal for outstanding service to the blind from AFB in 1951, the Shotwell Memorial Award from AAWB in 1952, and the bestowment by the Canadian Government its highest award, Companion of the Order of Canada.

Fellow Hall of Fame Inductee Euclid Herie shares some history regarding a donated artifact that once belonged to Edwin Baker.

Edwin Baker was a superb wood crafter among his near incredible talents and abilities. For your interest, outside London, England the RNIB operated a school for blind girls. At Chorleywood there was a huge stand of cedars of Lebanon. In a wind storm some fell and Baker, on a visit to London, asked for some of the wood. To his surprise, and amazement of his neighbors, a load of the wood turned up at his home on Russell Road. From that wood, he crafted an original gavel, [still in use at the CNIB Boardroom by the Chair]. This is one of only one or two replicas that were preserved in the archives. Unless I’m mistaken, unscrew the handle and there should be a tissue paper with a note to the effect of its origins. If not, it is a genuine item and symbol of the authority, and traditions of the men and women who wielded the gavel; and likely still do; at least in some world locales!