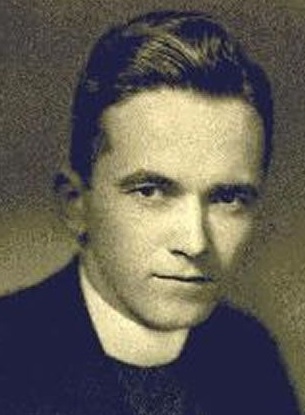 Thomas Carroll, Jr. was born in Gloucester, Massachusetts in 1909 and studied Greek, Latin, and Philosophy at Holy Cross College in Worcester, MA, graduating in 1932. Deciding to become a priest, he attended St. John’s Seminary, and was ordained in 1938. He died suddenly in 1971.

Father Carroll’s first assignment was to the Catholic Guild for all the Blind as Assistant Director. During World War II he worked extensively with blinded veterans, serving from 1944-1947 as auxiliary chaplain of Avon Old Farms Convalescent Hospital, the U.S. Army’s Experimental Rehabilitation Center in Connecticut. He also held a similar post at Valley Forge General Hospital in Phoenixville, Pennsylvania from 1944-1949.

Fr. Carroll became Director of the Catholic Guild for the Blind in 1947. In 1952 he brought the idea of safe cane travel skills to the Center in the form of the first mobility program. The following year he conducted the first National Mobility Institute to link the war blind and civilian programs of orientation and mobility.

St. Paul’s Rehabilitation Center for the Blind, which Fr. Carroll established in 1954, was the first civilian facility offering comprehensive rehabilitation for the newly blinded. This was renamed the Carroll Center in 1972. 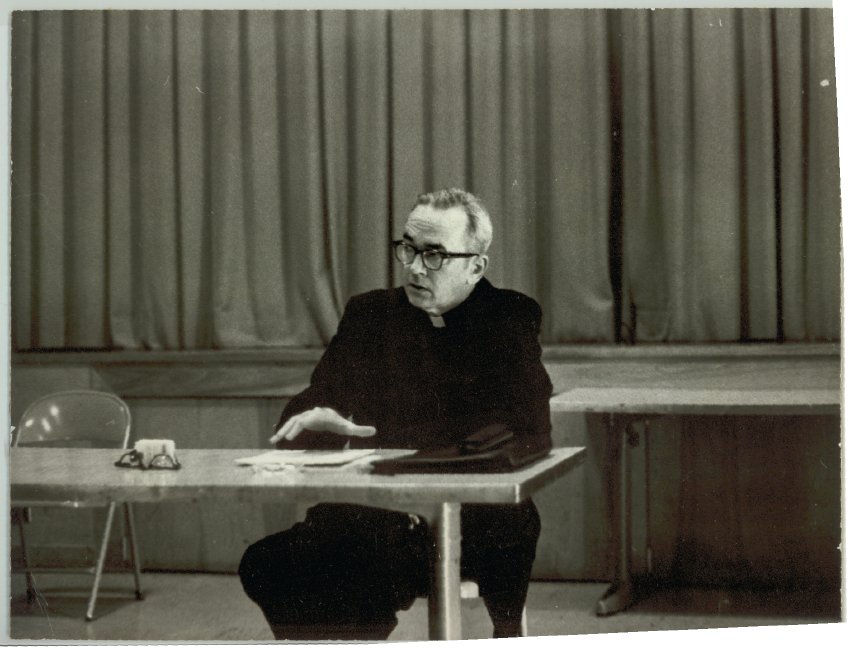 Always seeking to apply the latest in research to the needs of the blind, Fr. Carroll founded the American Center for Research in Blindness and Rehabilitation in 1963. In 1965, underscoring his pioneer spirit and dedication to the problems of research and blindness, he convinced the archdiocese of Boston to close a home for Aged Blind Women and transformed it into a geriatric rehabilitation center which merged with the St. Paul’s Center in 1973.

In 1961, Fr. Carroll published a book on the rehabilitation of the blind that won international recognition: Blindness: What it is, What it Does, and How to Live with it (Little, Brown & Co.). Translated into many languages, it has served to provide a model for many centers throughout the world.

Fr. Carroll served on many national and international committees, including the President’s Committee on Employment of the Handicapped, and the Special Legislative Commission, which studied problems of blind children and their families in Massachusetts. He was the recipient of nearly 100 national and international honors in work for the blind, including an honorary L.L.D. degree from Holy Cross in 1966, the Bell Greve Memorial award of the National Rehabilitation Association in 1960, and the Miguel Medal of AFB. He was the National Chaplain of the Blinded Veterans Association for 25 years, a member of the Presidents’ Committee on Employment of the Physically Handicapped, the National Advisory Neurological Diseases and Blindness Council, and the World Commission of Research in Rehabilitation.

Blindness Field Legend Took Part in Selma Marches by Micheal Hudson. “When the Reverend Martin Luther King Jr. made a national appeal to clergy of all denominations to join him in Selma for a second march on March 9th, Carroll answered the call.”