Frank Haven Hall (1841 – 1911) was appointed to become superintendent of the Illinois School for the Blind in 1890. He bought printing presses for the school, and when he learned his students and teachers preferred American braille over New York Point, focused all his printing efforts on braille.

Observing that the use of the slate and stylus to produce American braille was a slow process, he conceived the idea to invent a typewriter-like machine that would make the production of American braille more efficient.

Hall recruited a machinist, Gus Sieber, to help produce the machine. Hall showed Sieber how the slate and stylus worked, explained the braille cell, and said he wanted a machine in which each of the six dots would be individually controlled by a single key. In May, 1892, Sieber produced a crude model. Other machines to produce touch writing had been built, but Hall’s machine was the first to be mass-produced. By 1911, over two thousand machines were being used.

In July, 1892, Hall took his braillewriter to a meeting of the American Association of Instructors of the Blind in Brantford, Ontario, Canada. He wanted to demonstrate his new machine at the meeting but was denied, as the key organizers favored New York Point over braille. Hall invited some of the meeting attendees to his hotel room, where his nineteen year-old daughter demonstrated the speed and quality of the braille his machine produced. By January, 1893, he had also developed a heavy-duty machine (stereotyper), producing stereotypes that could impress braille on a thin brass plate. 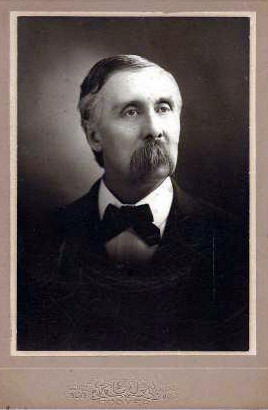 Besides his work on the Hall braille writer and stereotyper, Hall’s leadership as superintendent of the school was marked by his belief that people who are blind should be trained and work competitively with those who are sighted. Frank Hall was superintendent of the school from 1890 to 1893, but as he was a Republican, when a Democrat was elected governor, Hall was replaced by a political supporter of the new governor. For the next three years he was headed the Waukegan, Illinois public schools. He was called back to be superintendent of the Illinois School for the Blind in 1897, when the Illinois political administration changed again.

In 1900, the Chicago board of education planned to build a residential school for the blind in Chicago. Hall developed an alternate plan. He and Edward Nolan lobbied the Chicago board, asking that special rooms for students who were blind be provided and equipped in public schools so that they could attend regular classes in their own neighborhood. Hall’s plan was adopted and for the first time in the United States, children who were blind were integrated into regular classrooms on a large scale.

In 1902, Hall resigned as superintendent of the school.