Kathern Frances Gruber (1905-1998) was born in Minnesota, a descendant of Franz Gruber, the composer of "Silent Night." She graduated from the University of Minnesota in education of blind children. As a resource teacher for blind children in Minneapolis and New York she introduced innovative teaching methods especially in the areas of independence and self-reliance. In her retirement she moved to California where she lived until her death in 1998. 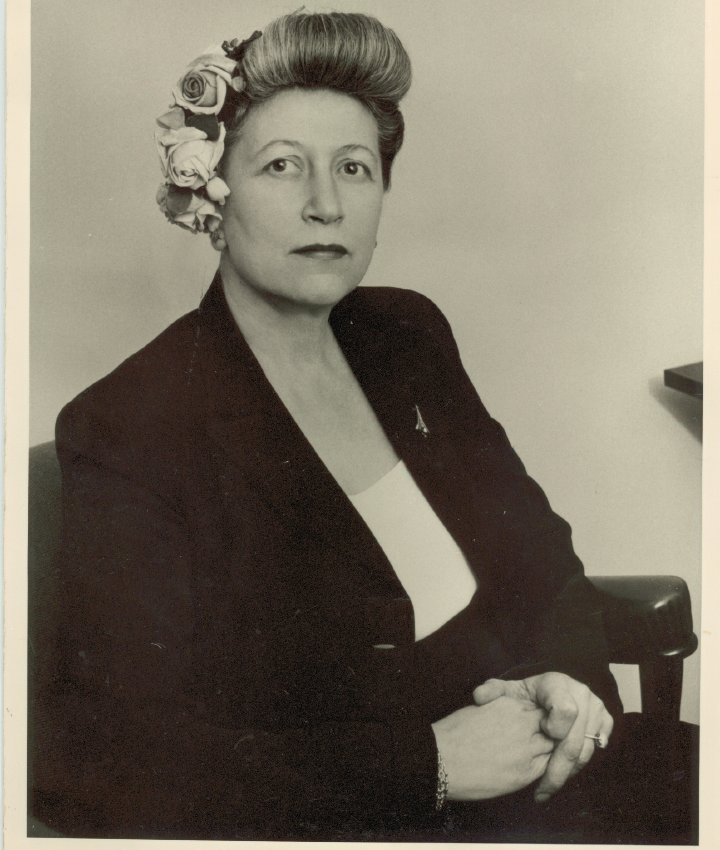 In 1945 Kay Gruber was appointed the Director of War Blind Veteran Services for the American Foundation for the Blind and in 1949 as Assistant Director for Professional Services of AFB, positions she held simultaneously until her retirement in 1963. Much of her life was dedicated to providing maximum independence for the blind and rebuilding the pride, dignity and self-esteem of blinded veterans.

Kay Gruber was instrumental in working with Warren Bledsoe and Russ Williams to launch the Hines Blind Rehabilitation Center, especially in the area of securing the necessary materials and equipment. She stayed at Hines for six weeks and helped choose many of the first staff members. She held many training sessions with the staff during those early weeks infusing the philosophy which dominated that center for many years.

Kay Gruber has been described as a remarkable, highly respected, brilliant woman who gave exemplary leadership in the work for the blind in spite of occasional criticism of her advanced techniques and standards. The Bureau of Veterans Administration has named a scholarship program in her honor, with at least sixteen scholarships given annually. She had a way of making each blinded veteran she met feel valued and in 1998 she was saluted as the official "Sweetheart of the BVA." In 1995, Kay Gruber was presented the BVA Medal, the highest honor it can bestow.

In her capacity as Assistant Director for Professional Services at AFB, Kay Gruber arranged and conducted many summer school courses and workshops for teachers of blind children. Together with Pauline Moor, she edited AFB’s publication No Place to Go, a book on the education of severely disturbed blind children which in 1963 was ahead of its time.