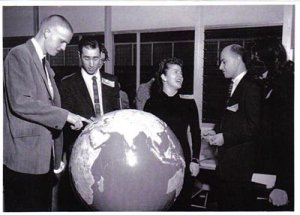 Philip Herbert Hatlen (1934–2016) was born in Patterson, California, the son of first and second generation Norwegian-Americans who were apricot farmers. His marriages produced three sons, Edward (California), James (Colorado), and Lucas (Texas). He earned a Bachelor’s degree in elementary education (1957) and a Master’s degree in special education (1960) from San Francisco State College. In 1975, he earned his doctorate in education (Ed.D.) from the University of California, Berkeley. 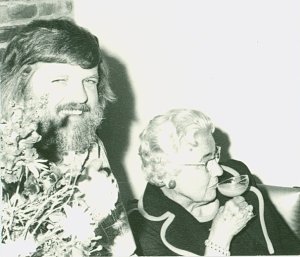 He began his professional career in 1957 as a resource teacher for students with visual impairment, then served as Principal for the California School for the Blind from 1962-66. At the same time, he returned to San Francisco State University (SFSU) as an instructor, and eventually received a full-time appointment as Professor of Special Education, coordinating the program to prepare teachers of students with visual impairments. He retired from SFSU in 1990 to accept the position of Superintendent at the Texas School for the Blind and Visually Impaired in Austin. He served in this position for 17 years, developing collaborative partnerships among TSBVI, Stephen F. Austin State University, and Texas Tech University to support teacher education, and acting as a powerful influence on state and national education policy affecting students with visual impairments. Along the way, he also served as an Executive Director of the Blind Babies Foundation (1979-1989) and founded the Living Skills Center for the Visually Impaired (now the Hatlen Center for the Blind) in 1972. 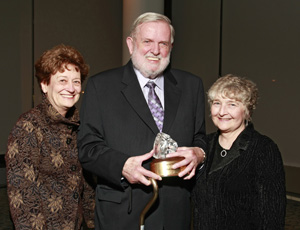 His efforts as Chair of the Joint Action Committee of Organizations of and Serving the Visually Handicapped (JAC) in California crystallized into the National Agenda for the Education of Children and Youths with Visual Impairments, Including those with Multiple Disabilities (1995), which resulted in a nation-wide call to action to improve educational services. A prolific author of books, book chapters, and journal articles, he fathered the concept of the Expanded Core Curriculum (ECC) in 1996, the ground-breaking idea that students with visual impairment require additional disability-specific strategies in order to access the general education curriculum. The ECC was widely adopted by educators and became the foundation of philosophical and advocacy efforts across the nation and the world.

He has been an active leader within the Council for Exceptional Children, the Association for Education of the Visually Handicapped (serving as the last President before the organization merged into the Association for Education & Rehabilitation of the Blind and Visually Impaired (AER)), and the Low Incidence Disability Advisory Committee in California. He has been appointed to several advisory boards for agencies and organizations across the United States. He is a frequent keynote speaker at professional conferences, both nationally and internationally. 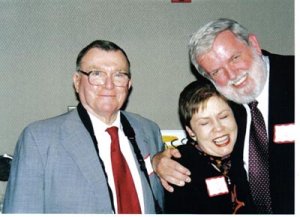 His colleagues in the field of blindness, who love and admire him, honored Dr. Hatlen numerous times by awarding him the Josephine L. Taylor Leadership Award (1994) from the Personnel Preparation Division of AER; the Migel Medal (1997) from the American Foundation for the Blind; the Mary K. Bauman Award (2000), AER’s highest award for an educator; the Distinguished Service Award (2003) from the Division on Visual Impairments (DVI) of the Council for Exceptional Children (CEC); the Outstanding Leadership Award (2004) from CEC; and the Wings of Freedom Award (2009) from the American Printing House for the Blind.

Dr. Hatlen is the consummate advocate, leader, and professional. In his own words, his legacy to us all is:

Stand tall, be proud of your profession. Decide what your "bottom line" is, and do not compromise. Commit to your fundamental truths, and live your profession by not compromising. Be gentle, be creative, and respect the dignity of all children. Love life, work hard, live with a passion for everything that you do. Laugh a lot, and help your students to learn to laugh.