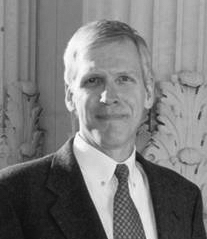 Alan Koenig (1954-2005) discovered his professional path very early. When he was an undergraduate student in education at Illinois State University he attended a large lecture on special education for students with visual impairments. The guest speaker was Dr. Evelyn Rex and from that moment on he knew that he was meant to support students who were blind or visually impaired. He received his undergraduate degree in this field and moved immediately into his lifelong work. The following is a list of Alan’s professional employment. It is clear from a review of Alan’s professional trajectory that he moved systematically into positions that allowed him to have greater impact on larger numbers of professionals and families. However, he heart and his commitment remained with the individual students and their families who were the ultimate recipients of his dedicated work.

The following can be considered Alan’s significant contributions

Alan Koenig influenced the way teachers of students with visual impairments (TVIs) view their roles and responsibilities related to literacy instruction. Alan was clear that TVIs are teaching reading and writing when they provide instruction to young children who will read braille or children with low vision who will read print. His insistence on the value of comprehensive, ongoing, consistent instruction provided important arguments for TVIs to maintain manageable caseloads that allow for quality literacy instruction. His work on defining instructional time has been used by professionals and school districts throughout North America to support appropriate instructional decisions.

Alan Koenig revolutionized the way that educational teams approach the decision about whether a student with low vision should begin reading and writing in braille, print, or a combination of braille and print. Prior to Alan’s landmark work on Learning Media Assessment (LMA) teachers and parents struggled with the decision of whether to teach a child braille or print. LMA provides a data-driven procedure that supports decisions of educational teams. For the first time, teachers and parents had a systematic guide for gathering pertinent information and using that information to support on-going educational decisions. A consequence of the development of this process was the highlight of braille as an equal media to print. This came at a time (mid-1980s) when braille was seen by some as a “choice of last resort”. LMA clearly focused on the importance of considering what was the best decision for each individual child when making decisions. (Editor’s Note: Dr. Cay Holbrook was an equal partner in this revolutionary work.)

Alan Koenig was a pioneer in use of various service models for providing personnel preparation and professional development for teachers of students with visual impairments. Alan created one of the first (possibly the first) on-line braille course using six key QWERTY entry for student class work and homework. He was actively involved in Texas Tech’s outreach personnel preparation program and grew the focus of outreach to include this innovative technology for teaching braille. In addition, Alan obtained funding for a large, complex project to develop multimedia resources for teaching the LMA process and extending teachers’ understanding of assessment results to planning and implementing instruction. This was an innovative project and resulted in resources that are still widely used today. 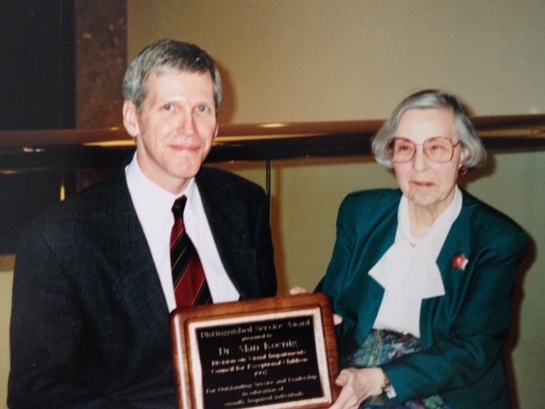 “What you say, what you do, who you are, helps others in ways you may never know. Your influence, like your shadow, extends where you may never be.”
Author unknown

It is impossible to adequately describe the impact that Alan Koenig had on the lives of countless professionals and children with visual impairments and their families. Alan was a kind, generous, intelligent man who shared his considerable expertise every day with others in an attempt to help better the lives of children, youth and adults who are blind or visually impaired. His influence continues today and will continue for generations to come.

Alan’s conceptual and holistic view of children and learning guided and shaped my view of teaching in profound ways. He provided fundamental knowledge and wisdom about our shared work in teaching children in ways that were respectful, kind, and always meaningful in the lives of children and families. He demonstrated authentic leadership with a focused spirit on the human rights and dignity of children with visual impairments to read, write, and think.
Donna McNear

It’s difficult for me to calculate the influence that Alan had on me and my career. As a young teacher, I was influenced by his publications and conference presentations which changed the way I thought about reading instruction. When I started at AFB, I was fortunate enough to work with Alan on several projects. He became a trusted colleague, someone I turned to again and again for help and advice. I miss him to this day, and I will always be grateful for his generosity, his leadership, and his friendship.
Frances Mary D’Andrea

I was fortunate to work with and learn from Alan. My life and my work is better because of my collaboration with him. Although I was his closest and most frequently collaborator, I was by no means alone. Alan was a generous colleague and published with 42 co-authors. Each of these people will have a tale to tell about Alan’s influence on them! A review of Alan’s CV will find that Alan presented well over 150 presentations at conferences and workshops in almost every state in the United States and in many Canadian provinces and other countries. It is difficult to imagine anyone in the field of visual impairment who was not touched by Alan’s writing and/or presentations.
Cay Holbrook

Alan Koenig was the most prolific author in the history of blindness. I can think of no one who has contributed so much very worthy content for the rest of us to profit from. We really miss you, Alan!
Gaylen Kapperman

Video of the 2015 Induction Ceremony

We apologize for the poor audio.