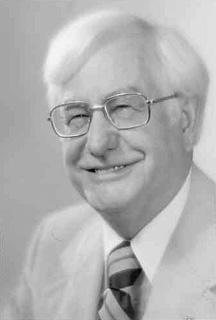 Roy Kumpe (1910-1987) was born in Arkansas. After the onset of blindness at the age of eight, he attended the Arkansas School for the Blind. He graduated from the University of Arkansas at Little Rock completing his law degree in 1938.

Soon thereafter, he started a job placement service called Arkansas Employment Services which linked federal vending stand sites with competent operators who were blind. The realization that not enough people were independent enough to be successfully employed kindled his dream to create a training center for people who are blind or visually impaired. 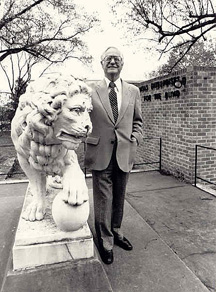 One of the first steps toward the fulfillment of Roy Kumpe’s dream was to persuade a statewide convention of Lions Clubs to sponsor a civilian rehabilitation center and to raise $10,000 for its first quarters. Thus, the first rehabilitation center to open under non-governmental auspices in the country was incorporated in 1947 as Arkansas Enterprises for the Blind. AEB shared honors with a rehabilitation program in the district of Columbia in pioneering effective vending stand programs under the Randolph-Sheppard Act. The center pioneered in many other areas, receiving training grants through the Social and Rehabilitation Services Administration for developing the optical aids clinic, for training blind persons as taxpayer service representatives, for testing the effectiveness and use of newly developed ultrasonic binaural sensors, and for new methods of training blind computer programmers. 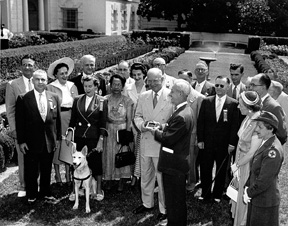 He established the International Services for the Blind in 1971 and subsequently served as consultant to governmental agencies for the blind in El Salvador, Columbia, Uruguay and Bolivia. To reflect this world wide scope, the name officially changed to Lions World Services for the Blind in 1989. Since the early beginnings in 1947, LWSB has served more than 10,000 individuals from 50 states and 54 countries. Under Roy Kumpe’s quiet yet persuasive leadership and with that indomitable pioneer spirit, the agency grew into one of the most comprehensive rehabilitation centers in the world, offering a complete personal adjustment program, 13 vocational courses, a vision rehabilitation clinic, an assistive technology laboratory, and a college preparatory program. He was a tireless advocate for specialized training programs and separate agencies for the blind. 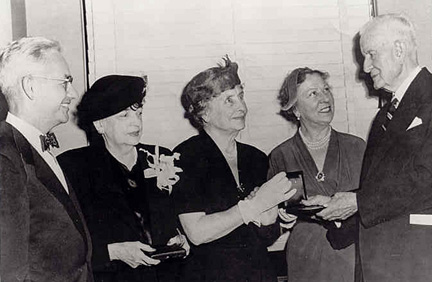 Roy Kumpe was active in AAWB, serving as its president from 1951-1953. He served on the board of trustees of AFB in the mid 50’s. In 1972 he was the founder-president of the National Council of Rehabilitation Centers for the Blind. He was the recipient of many honors and awards: an appointment by President Truman to the President’s Committee on Employment of the Handicapped in 1949; the Merit Citation from the National Rehabilitation Association in 1962; the Migel Medal from AFB in 1970; and was appointed Ambassador of Goodwill by the President of Lions International in 1974. He received an honorary doctorate of law degree from the University of Arkansas in 1972.