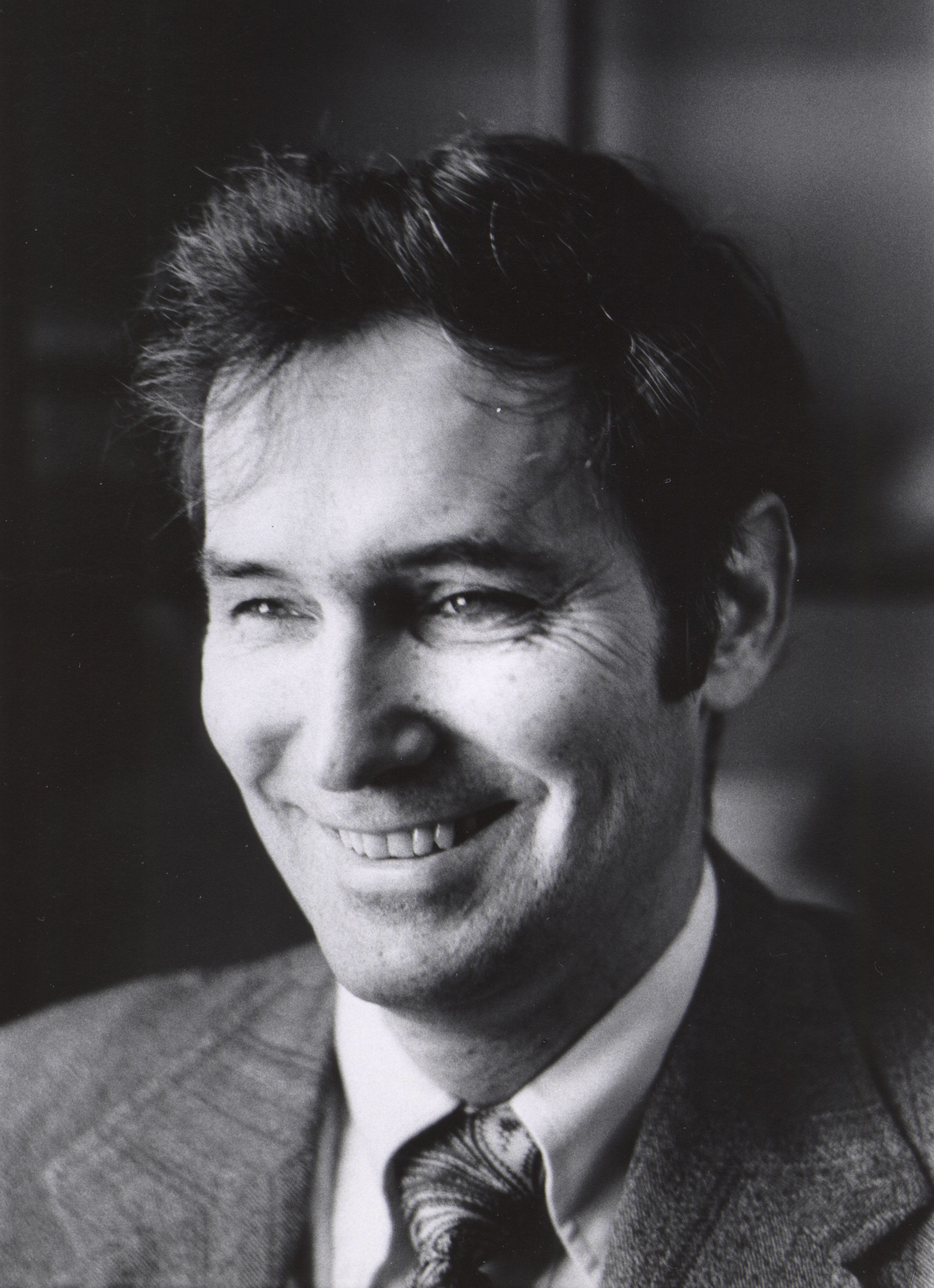 Loyal E. (Gene) Apple (1932-2018) was born in McCurtain, Oklahoma in 1932. He graduated from William Jewell College and attended the Southern Baptist Theological Seminary. Later he received his doctorate from the University of North Carolina, Chapel Hill.

Gene married his first wife, Grace, before being drafted into the Army, where he lost his vision in a training accident. In 1956 Gene was a patient at the Blind Rehabilitation Section of the Veterans Administration Hospital, Hines, Illinois.

He then became a Field Service Rep for the Blinded Veterans Association, and was promoted to National Field Service Director in Washington, D.C. 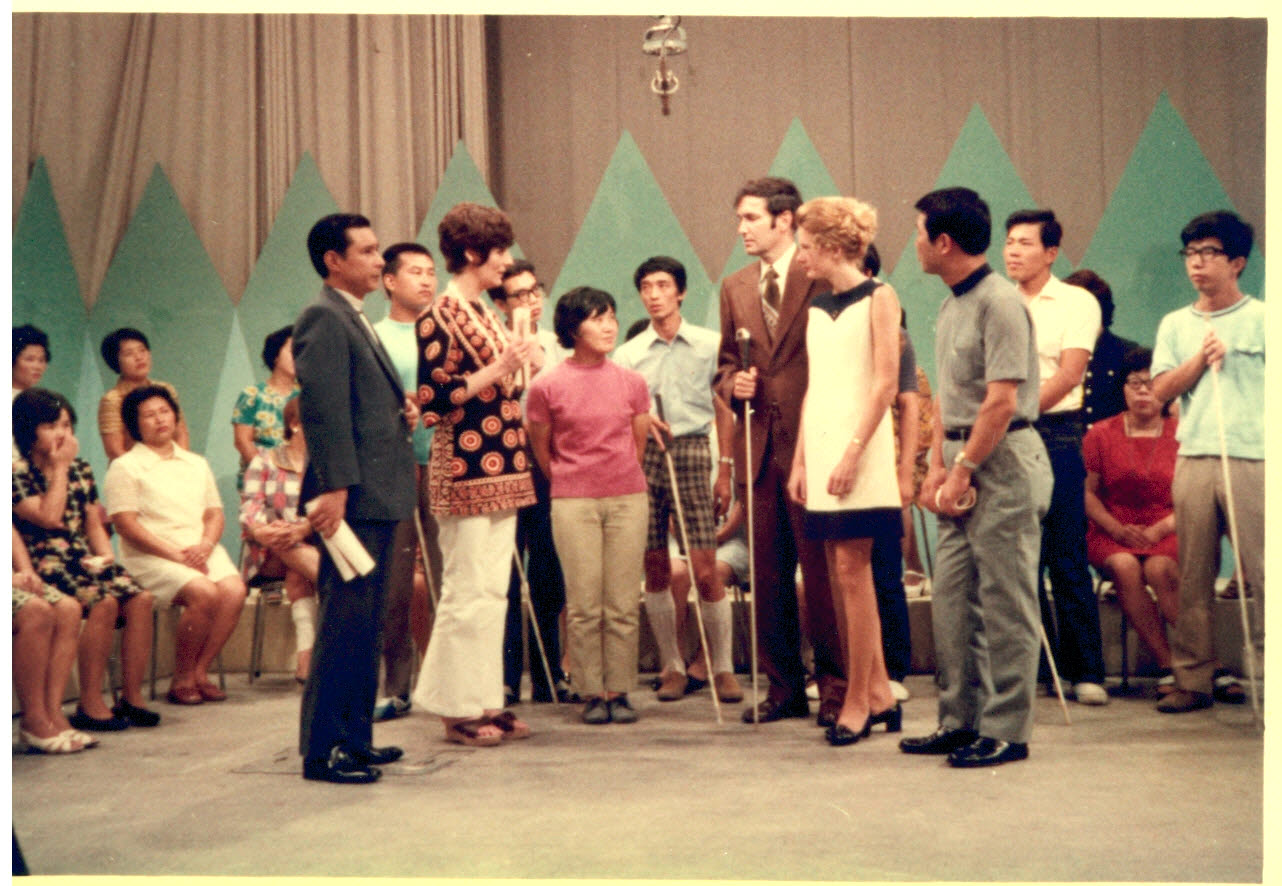 Gene was selected as Chief of the Hines V.A. Blind Section in 1960. He directed a program that equipped newly blinded veterans with skills to lead productive independent lives.

During this time, he recruited and trained cadre for two new centers. He participated in the development and diffusion of academic preparation of Orientation & Mobility Specialists at the master’s level and established clinical training for O&M Specialists and Rehabilitation Teachers. These programs were adopted as national standards and the O&M program became the international standard. 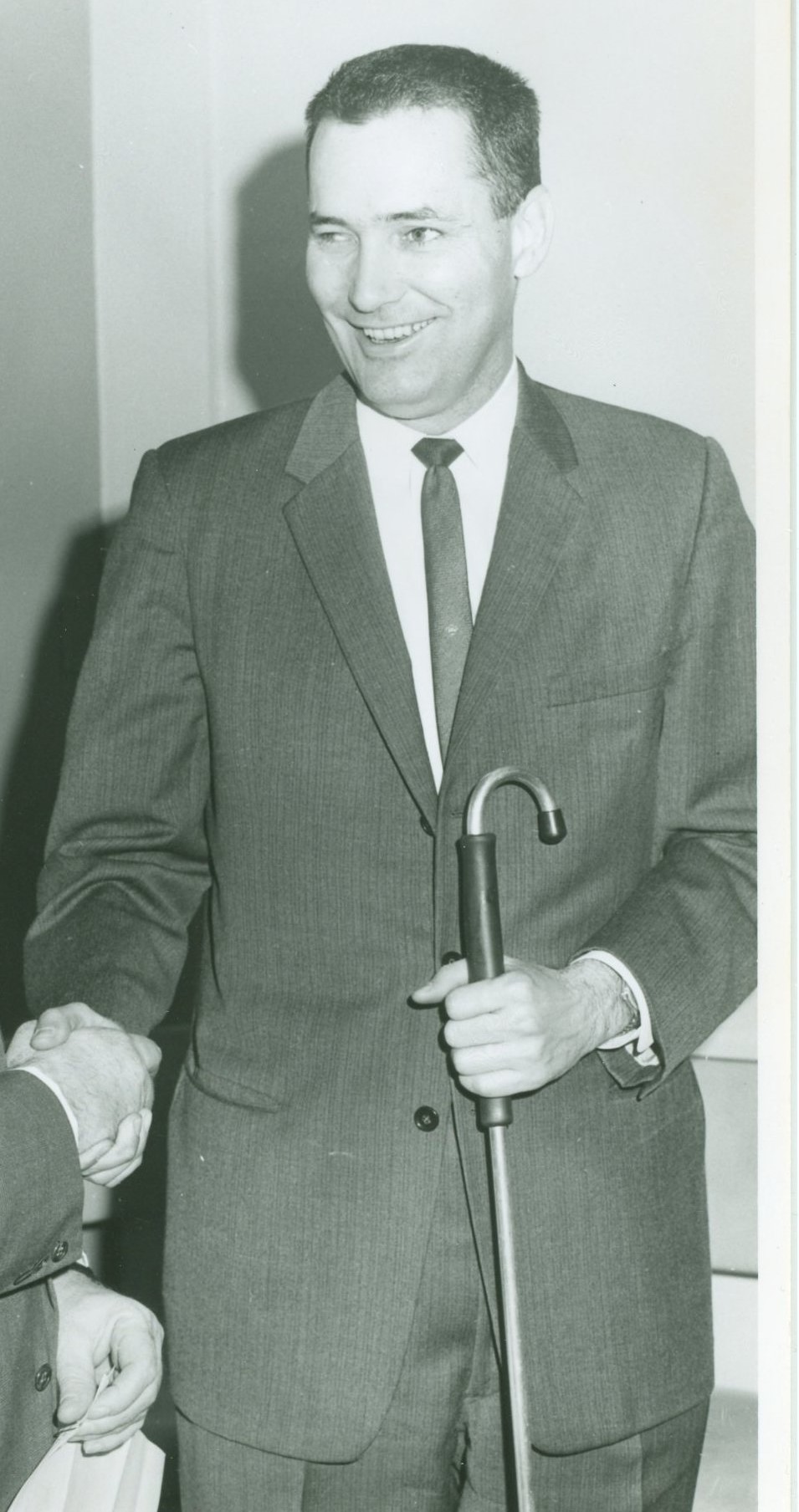 One of his most significant achievements was a milestone conference on Low Vision. During this period, he was an adjunct professor at Western Michigan University and also taught workshops in the U.S. and Japan.

He served on the VA Medical Review Team for Rehabilitative Engineering R&D Service and, along with his wife Marianne began publishing Low Vision Abstracts, an international multidisciplinary research journal.

One of Gene’s most notable hallmarks was his ability to codify, expand, and improve not only program services but the institutions he so ably directed. He was a master at collaborating, research, adjunct resources, and funding. Internships for Orientation and Mobility, and Rehabilitation Teaching were expertly directed, moving personnel towards certification in this field. 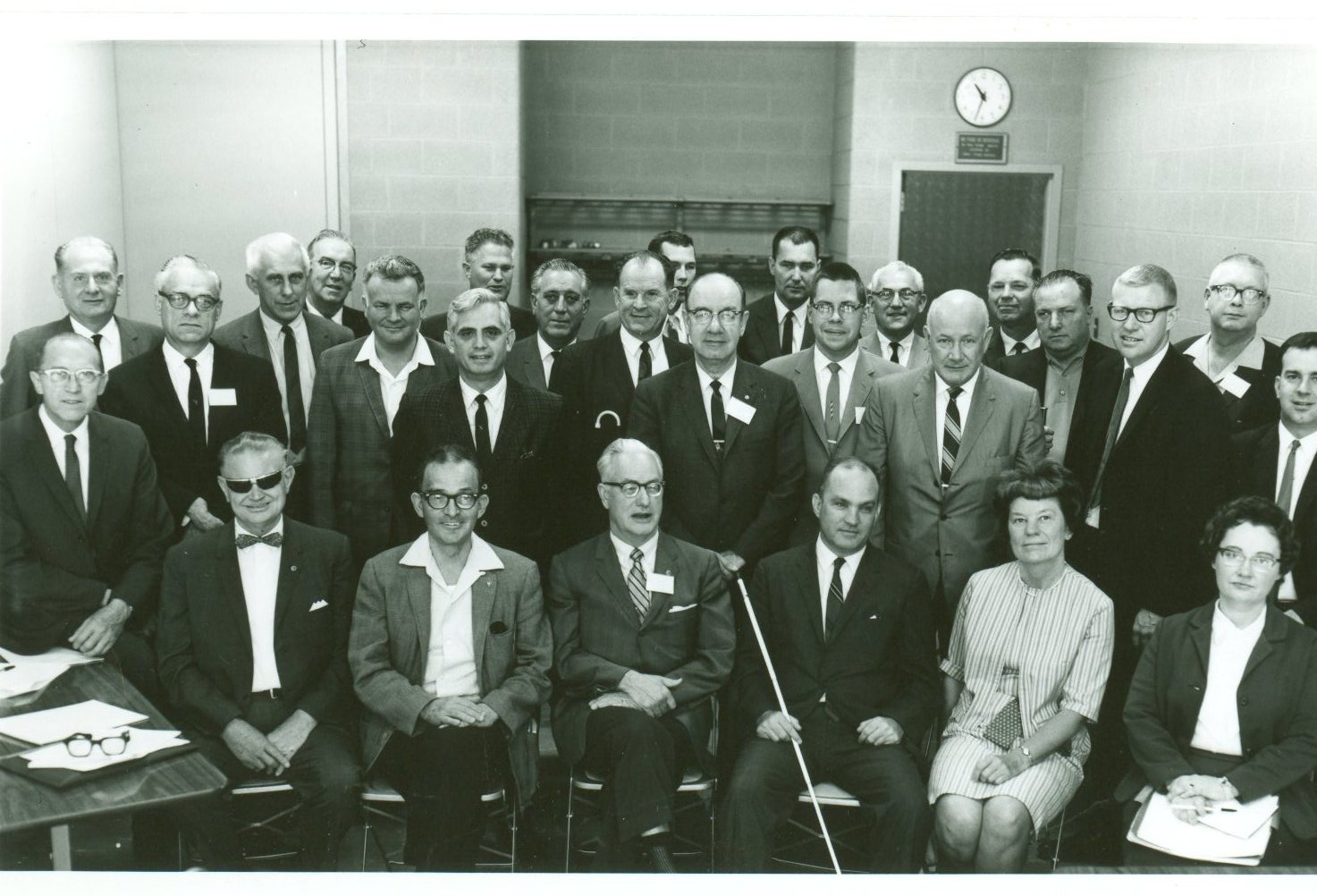 Gene was recruited in 1975 to reorganize and direct The American Foundation for the Blind in New York City. He directed that national agency in its educational, rehabilitation and legislative programs, consulting, manufacturing, mail-order services and publishing functions.

He independently commuted from New Jersey to New York City daily and sat at the desk once occupied by Helen Keller. He represented work for the blind in the U.S. and international forums and served on the executive committee of the World Council for the Welfare of the Blind. 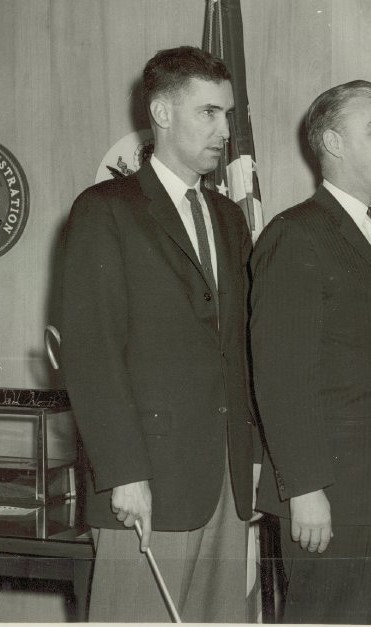 As Executive Director of AFB, Gene also led the first American delegation of blindness agencies and organizations to the Soviet Union, served on the Executive Committee of the World Council for the Welfare of the Blind, traveled to Saudi Arabia, Belgium, Sweden; and represented AFB at the trade show in Tokyo, Japan.

In 1980 Gene resigned from the Foundation and pursued his doctorate, after which he did research, taught at San Diego State University, and returned to the VA Palo Alto Center for Blinded Veterans.

In collaboration with his wife Marianne he established the first Low Vision Journal, opening a new and much needed service area for blind persons. 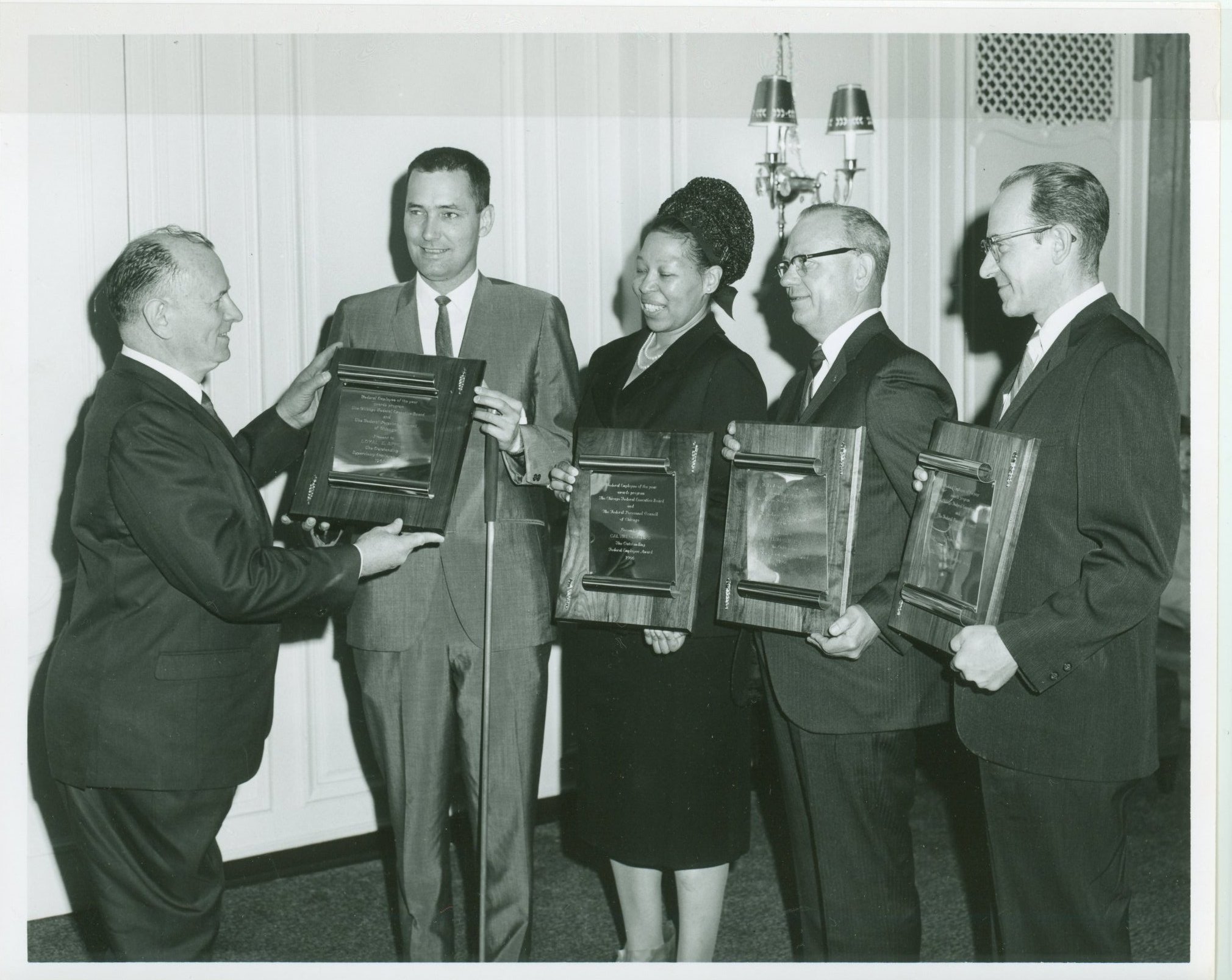 Gene Apple retired to North Carolina in 1995 where he enjoyed clay and wood sculpting and teaching others. His work in exhibits and shows often won prizes.

Gene wrote many articles and received a large number of awards and citations including: Outstanding Achievement from William Jewel College, the Major Melvin J. Mass Achievement Award from the Blinded Veterans Association, the Exemplary Leadership Award from Hines V.A. Hospital, and the Outstanding Service Award from the Disabled American Veterans.

He also served on many boards and directorships, including national and world organizations. Gene was the first elected President of the Mobility Interest Group, American Association of Workers for the Blind in 1965 and guided the organization towards a large profession that continues to grow today.

He also held many memberships in rehabilitation organizations and councils.

Gene Apple is remembered as a doer, scholar, mentor, advisor, optimist, friend, loving family man and one who continuously improved and moved services for blind and visually impaired forward.