Moses Charles (M.C.) Migel (1866-1958) was born in Houston, Texas and among other places, the family lived in Panama, Peru and Chile. As a young man he became the breadwinner for his widowed mother and five siblings as a "silk traveler" selling fabric and ribbons to dry goods stores. After moving to New York City he started his own silk manufacturing company in 1895, specializing in high quality, expensive dress silks and spun silk novelty fabrics. In 1906 he married Elisa whom he met while in Chile and they had three children. By 1912 through hard work, good judgment, common sense and an entrepreneurial spirit he had amassed considerable personal fortune which allowed him to leave the management of the silk business to others and devote his life to philanthropic interests.

During WWI he served as president of the Allied Silk Trading Corp, formed in order to obtain silk used in cartridge bags for cannon powder. The experience of working with the American Red Cross with the rank of Major exposed Migel to veterans who had lost their sight in combat. He became a tireless advocate for people who were blind or visually impaired and his organizational skills were evident over his lifetime through numerous contributions to the blindness community. 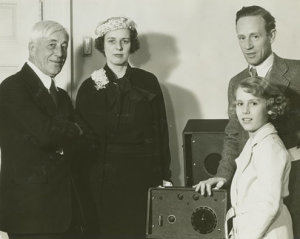 After he became aware of the "war of the dots," in 1923 he was appointed head of the Commission on Uniform Type for the Blind, giving major financial support and serving as an officer. In 1931 he cosponsored the World Conference on Work for the Blind which eventually became the World Blind Union and was named its first Vice President. With the assistance of AFB and Helen Keller, he was influential in the passage of the Pratt-Smoot Act (1931) and helped to establish AFB’s Talking Book Program in 1933. 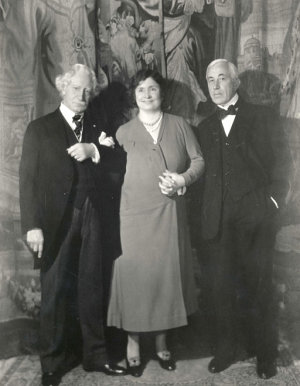 In the mid 1930s he recognized the need for stable employment for visually impaired persons. This led to important legislation in the Wagner-O’Day Act and the forming of the National Industries for the Blind in 1938. Migel chaired the NIB board during its formative years, 1938-1943.

Migel was made a Chevalier of the French Legion of Honor for his work in France during World War I. AFB’s prestigious Migel Medal was established in 1937 to honor outstanding professionals and volunteers in the blindness field and he received the American Association of Workers for the Blind’s Shotwell award in 1941. In 1963 AFB’s library was named the M.C. Migel Memorial Library and it has become one of the most important research collections on the non-medical aspects of blindness and visual impairment in the world. With the support of AFB, the library moved to the American Printing House for the Blind in 2009.

Migel was a pioneer in his day, advocating for the blind and visually impaired during a time when they were ignored. He was described by Lynch of NIB as "the single most influential person in the early part of the 20th Century to foster opportunities for people with severe visual disabilities." His vision, determination and generosity have left a legacy that continues to live today.