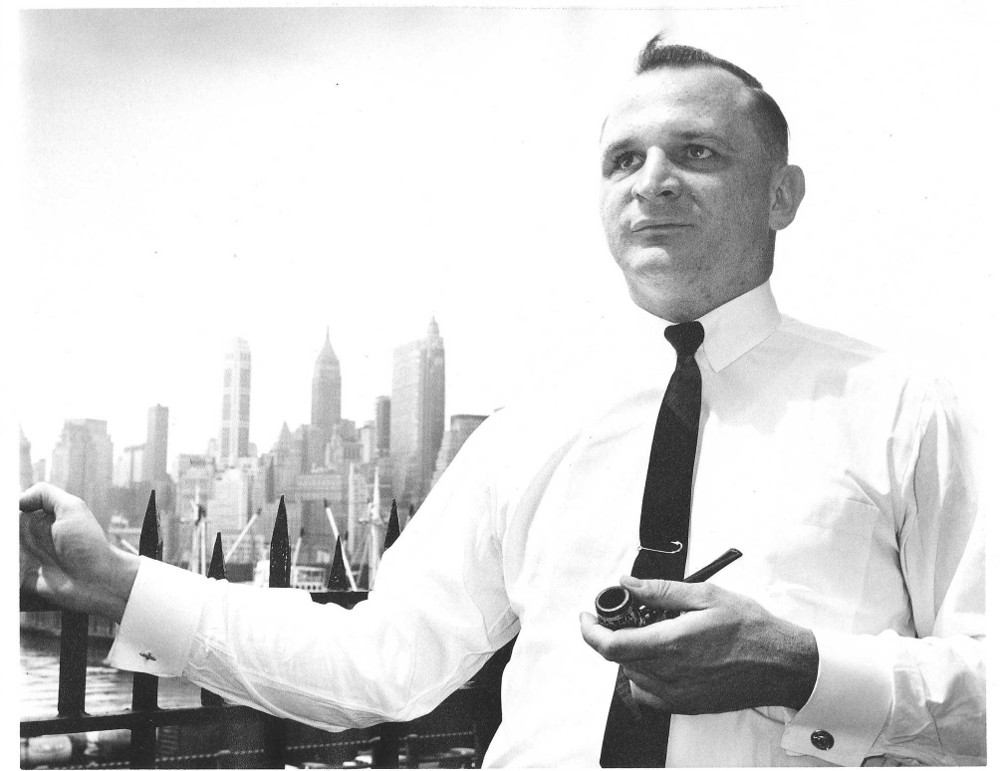 Dr. Robert J. Smithdas (1925-2014) forever changed the landscape for people who are deaf-blind. His work made it an undisputed given that with proper training, deaf-blind people are able to support themselves and participate in the mutual give and take as full members of society. As an exceptional example of what a deaf-blind person can achieve, he was able to advocate for and see through the legislation that makes it a federal mandate that training be available for deaf-blind citizens. He was a co-founder of the Helen Keller National Center for Deaf-blind Youths and adults, which provides specialized training and oversees programs of other agencies serving the deaf-blind.

Bob lost his sight and hearing from cerebralspinal meningitis at the age of five. He received his education first at the Western Pennsylvania School for Blind Children and then at the Perkins School for the Blind. His primary modes of communication were the manual alphabet and braille, but he was also one of the few Americans who could use the Tadoma method to read people’s speech with his fingers on their lips and throat. What he called his most magnificent challenge as a young man was his graduation, cum Laude from St. John’s University in Brooklyn, NY. It is known now that there were others who had quietly gotten a college education between Helen Keller in 1904 and Bob in 1950, but his success was an inspiration to people with all types of disabilities. It had a special impact on educators and counselors to rethink their expectations for their deaf-blind clients. Bob set another milestone when he obtained his master’s degree in vocational rehabilitation and guidance in 1953. 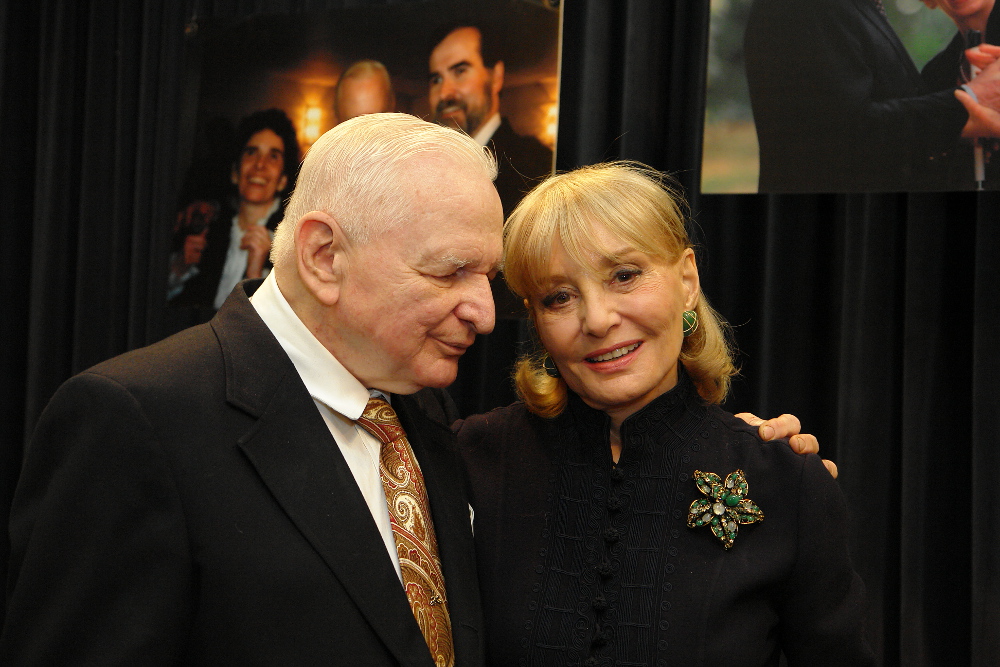 Bob’s career began in 1950 in the Community Relations Department of the Industrial Home for the Blind, now Helen Keller Services. At this time, the general public had no idea of deaf-blind people’s potential, nor did they think them capable of living and working in their communities. His advocacy efforts directly led to funding by the US Government to establish the Anne Sullivan Macy Services (ASMS), a five year program which demonstrated that, given quality rehabilitation services provided by highly trained personnel, deaf-blind people could indeed acquire the skills to work in a variety of careers and live independently. The highly successful results of the ASMS program coupled with Bob’s advocacy before Congress led to the federal government’s authorizing the establishment of the Helen Keller National Center. As its Director of Community Education Bob continued to advocate for improved services for deaf-blind people, speaking to groups throughout the country, writing, and world travel in sharing his expertise. His magazine, Nat-Cent News, highlighted the successes of deaf-blind people and the importance of advanced technology. He received many honors, including four doctoral degrees and the M. C. Migel medal. Bob’s magnetic personality, humor and compassion left an unforgettable impression on visitors, professionals, parents of children who are deaf-blind, and, most important, on deaf-blind individuals themselves. He was a role model for students at the Helen Keller Center, a person they looked up to and would often visit with to discuss their goals and the day to day challenges they faced.

Deaf-blind people of today may not know of Dr. Smithdas and have their own struggles and advocacy concerns, but the things that they take for granted, such as living on their own, opportunities in education, and being given chances to prove their abilities, come to a great extent from his legacy. Those who did know him remember him as someone who loved taking on challenges, the way he would surprise everyone by doing something that seemed impossible, and his ability to converse on any subject, from philosophy to cooking, to the latest developments in auto mechanics, thanks to his reading of any braille material he could get his hands on.

One of his life-long pleasures was writing poetry. For his poems’ merit, he was elected a member of the Poetry Society of America, and was later named Poet of the Year for 1960-61. 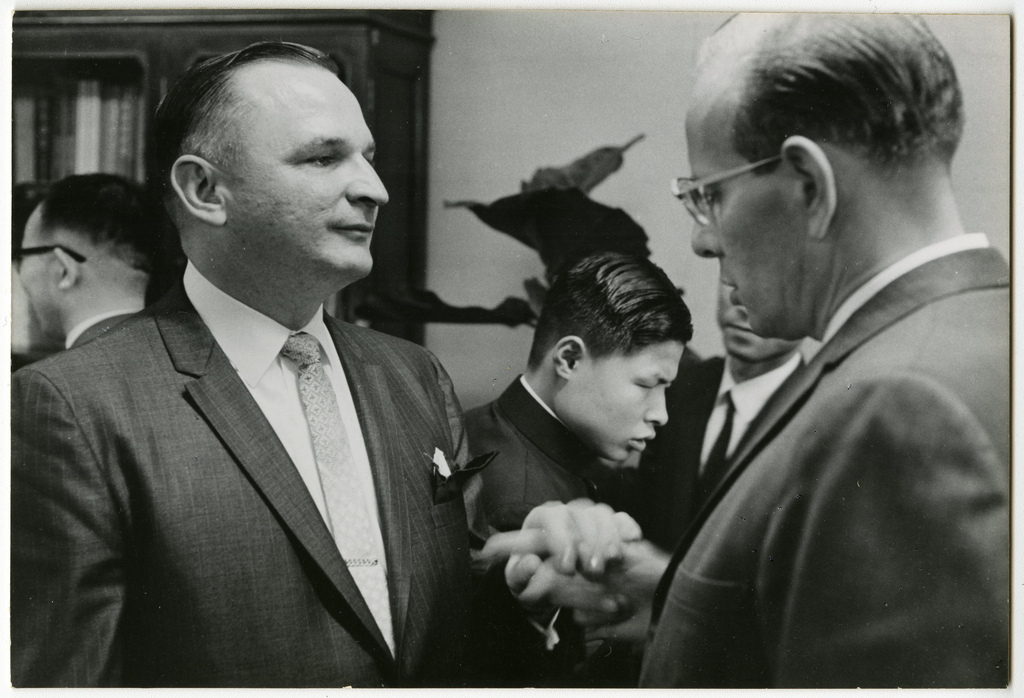 Bob’s poems and writings preserve many of his insights, including that life is a gift. Despite the twists and turns he had gone through, he still could say, “I call it Life, and laugh with its delight, though life itself be out of sound and sight.” He thought it was most important to give the public and professionals in the field some sense of the isolation of deaf-blindness and the human need to be included. “Praise alone does not fulfill this yearning for companionship; neither does sympathy. There must always be that bond of true personal interest which promises an assurance that one is really wanted, not merely tolerated.”

Further details about Dr. Smithdas may be found in his autobiography, Life at My Fingertips, his poems, and the articles written over many decades about him and his wife Michelle. A good amount of material is in the APH collections and the Internet Archive.