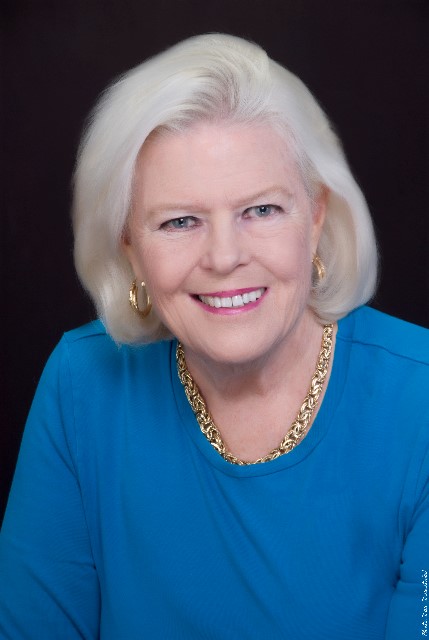 At the American Printing House for the Blind (APH), in the Hall of Fame for Leaders and Legends in the Field of Blindness and Visual Impairment, on the Wall of Tribute can be found a memorial stone, “Susan J. Spungin: We Live By Your Pearls of Wisdom,” donated by colleagues, friends, and family. This tribute refers to a 16-year-long tradition, begun by Susan Spungin (1941-2019), who during her career ended national and international professional conferences by summarizing selected highlights and sharing quotations from the presentations, which she called “pearls of wisdom.” As part of her summary, she would ask audience members to call out the name of the originator of the quote. The quotes selected were noteworthy because they were new research findings, creative approaches or teaching strategies, or insightful interpretations, often funny, but always memorable. In order to compile a program’s “pearls of wisdom,” Dr. Spungin attended and fully participated in as many conference sessions as possible– you would always find her in the front row, pen and pad in hand, listening and gathering her pearls. This practice became a greatly anticipated and appreciated conclusion to educational and leadership opportunities for members of the profession. Thus a tradition began, continued for decades, and ended with the retirement of Dr. Spungin from the field.

Susan Spungin was born in New York City April 16, 1941, to Jane Ricks King and Wilfred Strickland King. She grew up and spent most of her adult life living in New York. She attended Lenox School through her elementary and secondary school years; college found her at Skidmore College, where she majored in music. She then went to San Francisco State University to continue her music studies and pursuit of elementary/special education. It was there that she became interested in Braille, specifically Braille music, and met another Hall of Fame inductee, Georgie Lee Able, an encounter that was the beginning of her 44- year career serving children, youth, and adults who are blind or visually impaired. While in San Francisco, she began her teaching career working with blind and visually impaired children and met her first husband Gardner Spungin. They raised three children, Jennifer, Jesse, and Meredith, on the Upper East Side of New York City, beginning a family that now includes eight grandchildren.

Dr. Spungin returned to New York City in 1967 with a Master’s Degree from San Francisco State and began working for the New Jersey Commission for the Blind. In 1972 she was hired by the American Foundation for the Blind (AFB) as the National Specialist in Education. She remained with AFB until her retirement in 2008 as Vice President for International Programs and Special Projects.

In 1975, while pregnant with her second and third children, twins, Dr. Spungin earned her Doctor of Education degree in Leadership from Teachers College Columbia University. Her dissertation, “An Analysis of the Specialized Functions of Teachers of the Visually Handicapped in Public Day School Programs in the New England Area: A Pilot Study” (1975), was, in effect, the start of professionalizing the teaching of students who were visually impaired. She laid out in meticulous fashion the competencies that teachers needed in order to educate children with visual impairments, the first effort to do so in a movement that has led to specific teacher licensing standards in many states. That dissertation became a book, Competency-based Curriculum for Teachers of the Visually Handicapped (1975), the first of many publications authored by Dr. Spungin for AFB. This publication led to a 1976 New Outlook for the Blind article, leading in turn to a national study and subsequent book in 1977, all while she was serving as AFB’s National Education Consultant. The national study led to another article in 1978 and various other publications focusing on teacher preparation and teacher competencies, pivotal in changing the way teachers performed and how they viewed themselves. In 1985, a Council for Exceptional Children (CEC), Division on Visual Impairments and Deafblindness (DVIDB) Position Paper, The Role of the Teacher of the Visually Handicapped, crystallized all of these ideas about teacher preparation. Co-authored with Dr. Kay A. Ferrell, this seminal statement saw updates in 1993, 2000, and again in 2007.

In effect, Susan Spungin’s work did nothing less than define the role and work of teachers specializing in the education of children who are blind or visually impaired and spurred the promulgation of state certification standards. Much of that work influenced state and federal special education policies and legislation still in place today, policy changes embodied in state and local administrative guidelines for basic services and appropriate education for children with visual impairments, as reflected in P. L. 94-142, the Education for All Handicapped Children Act and its following amendments. But Dr. Spungin’s formative work extends further, to a broad range of initiatives that further advanced educational knowledge and practice in the visual impairment field. Among her contributions are her training of teachers to work with blind and visually impaired children and writing of guidelines for public schools after the passage of the mainstreaming legislation of 1975; her involvement and support of the first field-based study of the developmental needs of young visually impaired children and the publication of Reach Out and Teach, by Dr. Kay A. Ferrell, which provided early intervention guidance to parents; the founding of the National Association for Parents of the Visually Impaired (NAPVI); the inauguration of a nationwide initiative and U. S. Office of Special Education Programs (OSEP) Guidelines to promote the teaching of braille to students with visual impairments and legislative efforts in support of braille literacy; the establishment of college preparation programs for professionals working with children who are blind; the formalization of national organizations in education that include state vision consultants, instructional materials centers, preschool programs for early childhood education, and guidelines for public school psychologists; the launching of a national campaign to ensure the timely delivery of braille instructional materials to school children in the United States; and continuous energetic efforts on behalf of personnel and leadership recruitment in the field.

During her 36-year tenure at AFB, Dr. Spungin held many positions and titles. Consulting, research, and publishing programs in education, rehabilitation, and technology, and AFB’s regional offices flourished under her vision and leadership. She was in charge of staff and programming in the areas of Education, Early Childhood, Multiple Disabilities, Low Vision, Orientation and Mobility, Career Education, Employment, and Aging, and oversaw AFB’s Social Research Department, National Technology Center, the M.C. Migel Library, the Helen Keller Archives, AFB Press, AFB’s Regional Centers and Washington DC Office, and the National Technology Center. Throughout this time, she successfully procured private and federal grants and provided leadership to technical assistance, research, and other special projects, in addition to publishing scholarly writings, conducting staff development trainings, and championing advocacy. Through her dedicated efforts and outstanding achievements, Susan Spungin elevated the quality of educational programs for visually impaired students as well as the professional development of the educators who work with them and has had an unmatched impact on the lives of children with visual impairments, their families, and professionals.

Dr. Spungin directed persistent attention to the literature of the visual impairment field. Through her oversight of AFB’s Department of Publications and Information Services, renamed AFB Press, she actively supported the financing and development of publications that helped establish the knowledge base of the field, and championed AFB’s publications program during the entire length of her tenure. As her position at AFB changed from programmatic head, she continued to act as consulting editor to the department and influenced its direction through her help in identifying areas of need and emerging potential authors. Her own authorship of such materials as published reports, essays, pamphlets serving the public good, and introductory material and reviews for numerous additional books, as well as her service as guest editor and frequent contributor to the Journal of Visual Impairment & Blindness were an essential organizational support to AFB’s publications program that directly benefited the entire field of visual impairment and blindness.

Dr. Spungin was one of the first professionals to notice that the visual efficiency pendulum had swung too far away from braille instruction and into a print-at-all-costs mentality. Her 1990 pamphlet, Braille literacy: Issues for blind persons, families, professionals and producers of braille, was the first to document the crisis that dominated most of the 1990s. She did so while being respectful of the needs of individual children. Other publications on braille literacy would follow (1996, 2000, 2008), as would publications and discussion about the changing role and function of the specialized school (1979, 1997), and preservation of specialized services for persons with visual impairment (1996, 1997a, 1997b).

Susan Spungin was in addition instrumental in the rapprochement between professionals and consumers. Early signs of her concern appeared in a 1989 article, Blind persons’ Involvement in Services for Themselves, and in her 2003 commentary, Cannibalism Is Alive and Well in the Blindness Field. Perhaps most telling was her friendship with Dr. Kenneth Jernigan, Past President of the National Federation of the Blind, about whom she wrote a moving tribute to following his death (The legacy of Dr. Kenneth Jernigan (1999)).

A review of Dr. Spungin”s profound contributions to the visual impairment field would be incomplete without mention of her unique personal qualities and skills, which were also put to sustained use by her in service to the field. Throughout her career, she was active and accessible, frequently holding office in organizations such as CEC, NAPVI, the Association for Education and Rehabilitation of the Blind and Visually Impaired (AER), the World Blind Union, and the International Council for Education of People with Visual Impairment (ICEVI), making herself available to all professionals as a support and counselor and especially to young practitioners as a mentor and guide. By extending her availability to members of the professions, she provided guidance, inspiration, and direct encouragement to generations of leaders, service providers, parents of blind and visually impaired children, and consumers. She was tireless in her mentorship of fellow professionals, always encouraging,promoting their talents, and being generous with her time and counsel.

On January 4, 1997 Dr. Spungin married Peter Hanke, the long-serving Director of AFB’s iconic Talking Books Department, and the love of her life. They are retired and presently reside in Jamesport, Long Island, and in Tucson, Arizona.

Susan Spungin embodies and practices all the essential characteristics of leadership, including, but not limited to, honesty, effective communication, confidence, commitment, ability to delegate, positivity, intuition, humor, creativity, and the ability to inspire. She was and still is comfortable and effective communicating with young children, parents of the children we serve throughout the world, scientists, teachers, rehabilitation workers, government officials at all levels from project directors to ministers of education, senators, royalty, and those with little to no education and those with advanced specialist degrees. She is so effective because of her experience, continuing growing knowledge, honesty, sound moral ethics, kindness, generosity, and commitment to the field of blindness. As Dr. Kay A. Ferrell stated in her letter of support for the induction of Dr. Spungin into the Hall of Fame, “She is at once our history and our future. She is what the Hall of Fame is all about.”