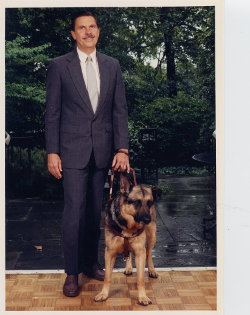 Dean Tuttle was born in 1936 in the Belgian Congo where his parents were medical missionaries. After graduating from high school in the Congo, he completed his undergraduate work at Wheaton College, two masters degrees, one in educational administration and one in special education. In 1971 he earned his doctorate in a joint program between the University of California at Berkeley and San Francisco State University in Educational Psychology/Special Education. Dean and his older brother both lost their vision due to retinitis pigmentosa. He and his wife, Naomi, have three sons and five grandchildren.

After teaching mathematics and science in New Jersey and serving as an itinerant/resource teacher in California, in 1966 he was invited to be the principal of the California School for the Blind. In this capacity he led the school during its difficult but vital transformation into a school for children with multiple impairments.

In 1971, he began teaching special education at the University of Northern Colorado where he worked until his full retirement in 1994. Under his leadership the teacher preparation program became one of the most respected in the country, certifying teachers in orientation and mobility as well as in special education. Later a multiple disabilities component was added, offering a triple-competency option. 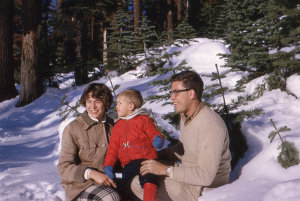 He is the co-author, with his wife, of the text, Self-esteem and Adjusting with Blindness: the Process of Responding to Life’s Demands, now in its third edition. He was then asked to write a correspondence course for The Hadley School for the Blind based on this book. This classic landmark text is required reading in most programs which prepare professionals in the blindness field. Through his writings he has helped to clarify the psychosocial paradigms which impact on the relationship between disabilities and the development of self-esteem.

Dr. Tuttle served on many advisory boards for Hadley, US Department of Education, American Foundation for the Blind, American Printing House for the Blind and NAC. Many of his 58 publications have centered around the topics of self-esteem, family responses to a visual impairment and recreation for the visually impaired. His latest book is a tribute to his parents and their medical work in the Congo. Dean has been invited to give many major presentations in 29 different states, Canada, Australia, China and Israel. 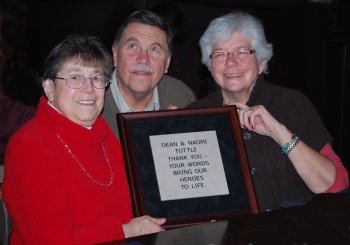 Dr. Tuttle has received many honors, among which are the Migel Medal from AFB in 2000 and the Wings of Freedom from APH in 2004. Earlier he received the Scholar of the Year Award from the University of Northern Colorado in 1990, the Distinguished Service Award from CEC-DVI in 1991, and the Warren Bledsoe Outstanding Publication Award from AER in 1992 and the Hadley President’s Service Award in 2004.

He has been described as both a peer role model and mentor, with a calm and quiet demeanor, one who guided and challenged his students by mutually shared wisdom and insight. Some have received and passed on his advice, "Be curious about and pursue a variety of interests, cultivate and sharpen your God-given abilities and skills and enjoy the adventure of life."