The Woolly family moved to Little Rock, AR in 1939 where Dr. Woolly began a forty-three year career at the Arkansas School for the Blind, first as a much respected teacher and principal, and thirty five years as superintendent. During this time the school was known for its innovative educational and residential school programs. Dr. Woolly recognized the need for quality professional training and was among the first to employ fully trained orientation and mobility instructors and to demand advanced training for the faculty but also his home life staff. He was instrumental in spearheading the effort to develop three graduate programs at the University of Arkansas-Little Rock in teacher personnel preparation, orientation and mobility, and rehabilitation of the blind.

Max Woolly was appreciated and respected by his colleagues for his strong character and determined resolve, indicators of a quality leader, accepted by all. Some phrases which have been used to describe him include: "a southern gentleman with a dry sense of humor," "fully devoted to his mission in life," "known for his quiet wisdom, honesty, integrity, fairness and concern for the welfare of others" and his "determination and ability to bring people together to solve problems." 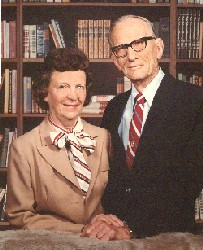 He was president of the American Association of Instructors of the Blind from 1962 until 1964. As a member of the Board of Directors, he was the preeminent author of the original standards developed by the National Accreditation Council in the late 1960’s. For many years he served as an Ex Officio Trustee of the American Printing House for the Blind and on the Board of Trustees for the American Foundation for the Blind and as its vice-chairman in the late 80’s. While in Little Rock he was a member and "served on most of the committees" of the Winfield Methodist Church. He represented the United States in world organizations in Norway, Germany, Spain, France, and Guatemala and served on the boards of Lion’s World Services for the Blind and The Arkansas Light House for the Blind.

His awards include the Anne Sullivan Centennial Award in 1966, the Mary K. Bauman award from AERBVI in 1990, the Migel Medal in 1978 presented by the American Foundation for the Blind, the Kentucky Colonel, and the AAWB Southwest Region award for outstanding achievement and leadership. He was a member of Phi Delta Kappa and a 33rd degree Mason.