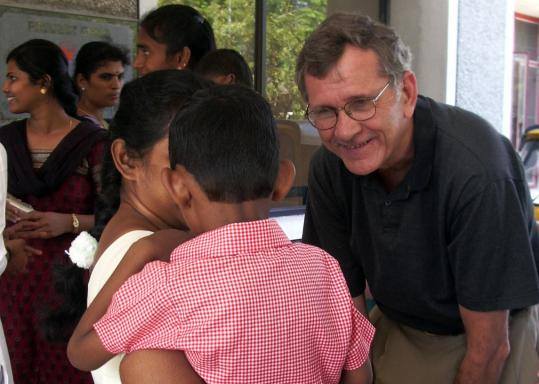 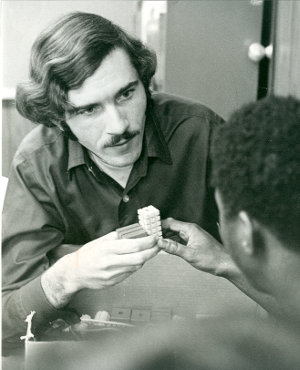 Michael Collins (1947-2008) was born in Massachusetts. He was raised in Newton, MA. He was a graduate of St. John’s Seminary and received his M.Ed. in Deafblindness from Boston College, where he met his wife, Linda. Linda and Mike shared their careers, both devoted to the education of children and young adults with deafblindness and their families.

Mike’s first job was at the Colorado School for the Deaf and Blind where he was a teacher. He went on to become the educational consultant for the Midwest Regional Center for Deafblind Services until returning Massachusetts to assume the responsibility of Supervisor of the Deafblind Program at Perkins School for the Blind. 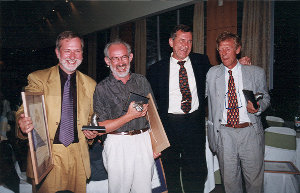 In 1987, Mike became the co-founder of the National Coalition on Deafblindness. This coalition has as its mission, advocacy for the needs of children and adults who are deafblind with legislators and other policy makers. Through his work with the coalition, Mike was a strong and effective advocate for the preservation of OSERS programs for children and young adults nationwide. He also worked diligently to promote the importance of federal support of specialized teacher training programs in visual impairment and deafblindness. 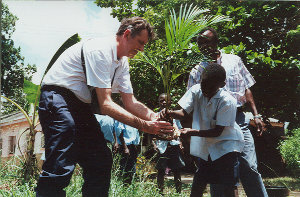 In 1989, when Perkins was awarded a grant from the Conrad N. Hilton Foundation, Mike was asked to take on the leadership of the Hilton/Perkins National Program. During Mike’s tenure in this position many new and innovative programs were developed to serve preschool children in challenging situations; he worked directly with university programs to build their curriculum to train teachers of students with deafblindness and supported national and statewide parent organizations including the National Association for Parents of Children with Visual Impairments (NAPVI) and National Family Association for Deaf-blind (NFADB). 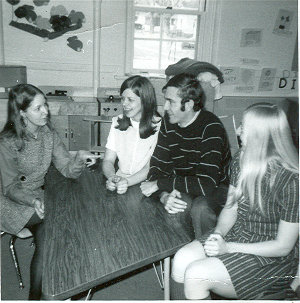 In 1994 Mike became the director of Hilton/Perkins International and National programs, now known as Perkins International. He oversaw the growth of Perkins work to 63 countries in Asia, Africa, Latin America, Eastern Europe and Russia supporting professional development of teachers, development of model programs in early intervention, education and transition; development of university training programs in visual impairment and multiple disabilities; the development of parent organizations, and supporting Ministries of Education in the development of policies that support the rights of children who are blind with additional disabilities and their families to be full participants in their home, schools and communities.

Mike was a committed member of Deafblind International (DbI). He served two terms as vice-president and was president of the organization from 1999-2003. He was the recipient of the DbI International Distinguished Service Award and the Perkins Anne Sullivan medal in recognition of his exemplary contributions to individuals who are deafblind. 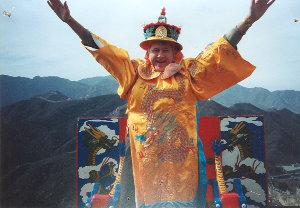 Mike’s legacy is not only about his professional accomplishments but in the respectful and understated way that he went about nurturing collegial relationships. He was a quiet man who knew how to listen to many diverse opinions and synthesize them into thoughtful practice. He was a leader and an advocate who, through collaborative and supportive conversations, encouraged people to create new and innovative programs.