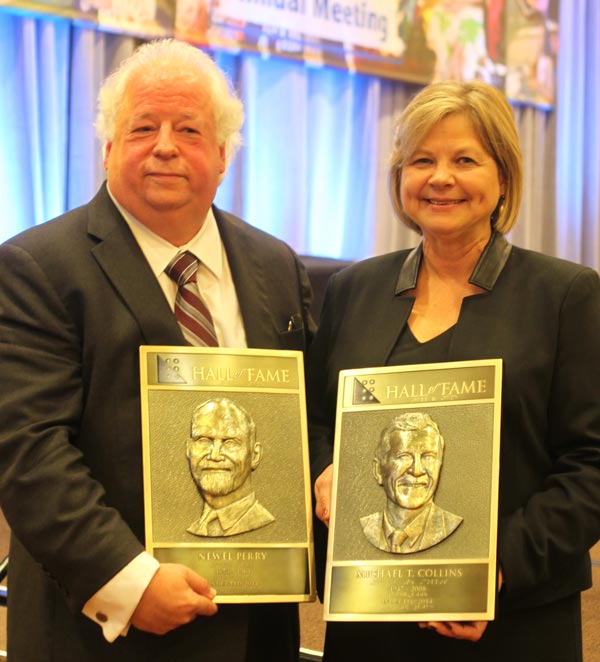 Stuart Wittenstien (CA), and Linda Collins (MA), display the bas-relief plaques created to remember the remarkable life and contributions of the 2014 inductees into the Hall of Fame for Leaders and Legends in the Blindness Field: Newell Perry and Michael Collins. 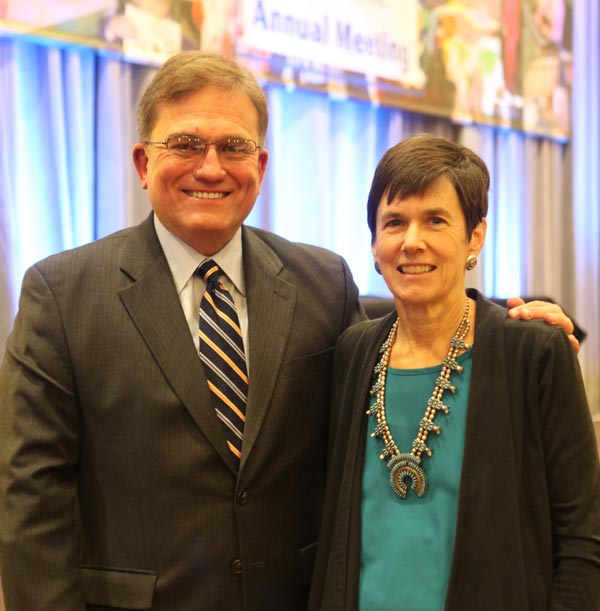 Hall of Fame Curator Bob Brasher provided opening remarks during the induction ceremony and Jane Erin, Chair of the Hall of Fame Governing Board, acted as master of ceremonies for the event. 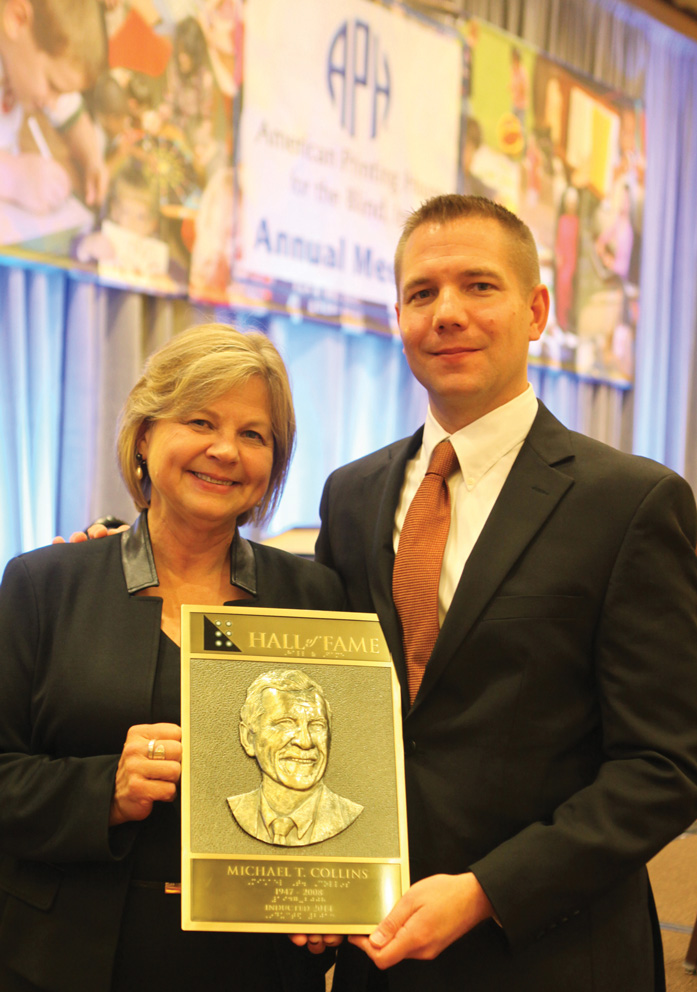 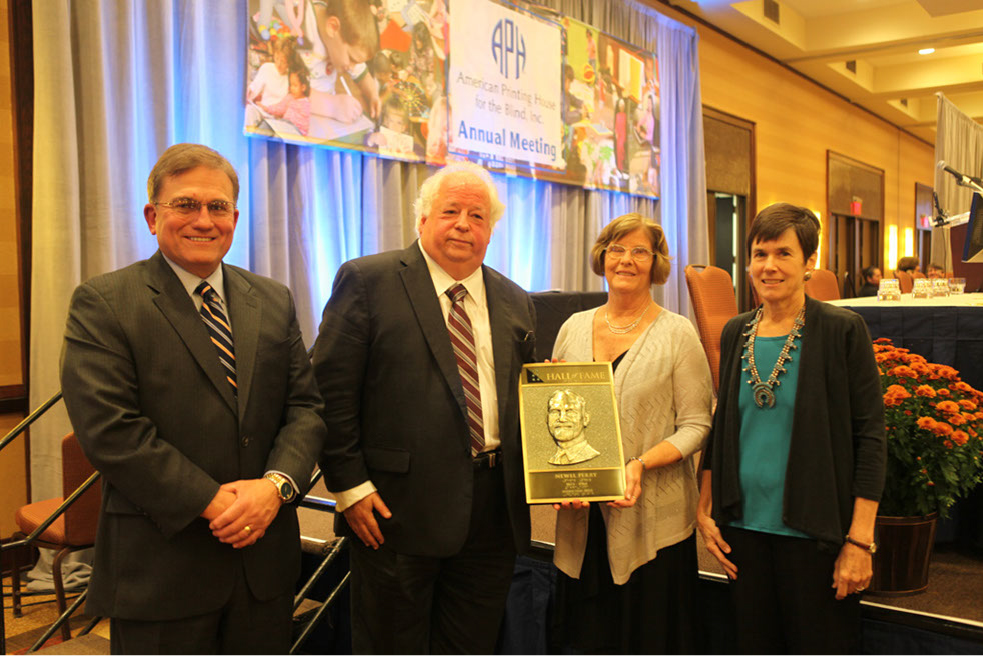 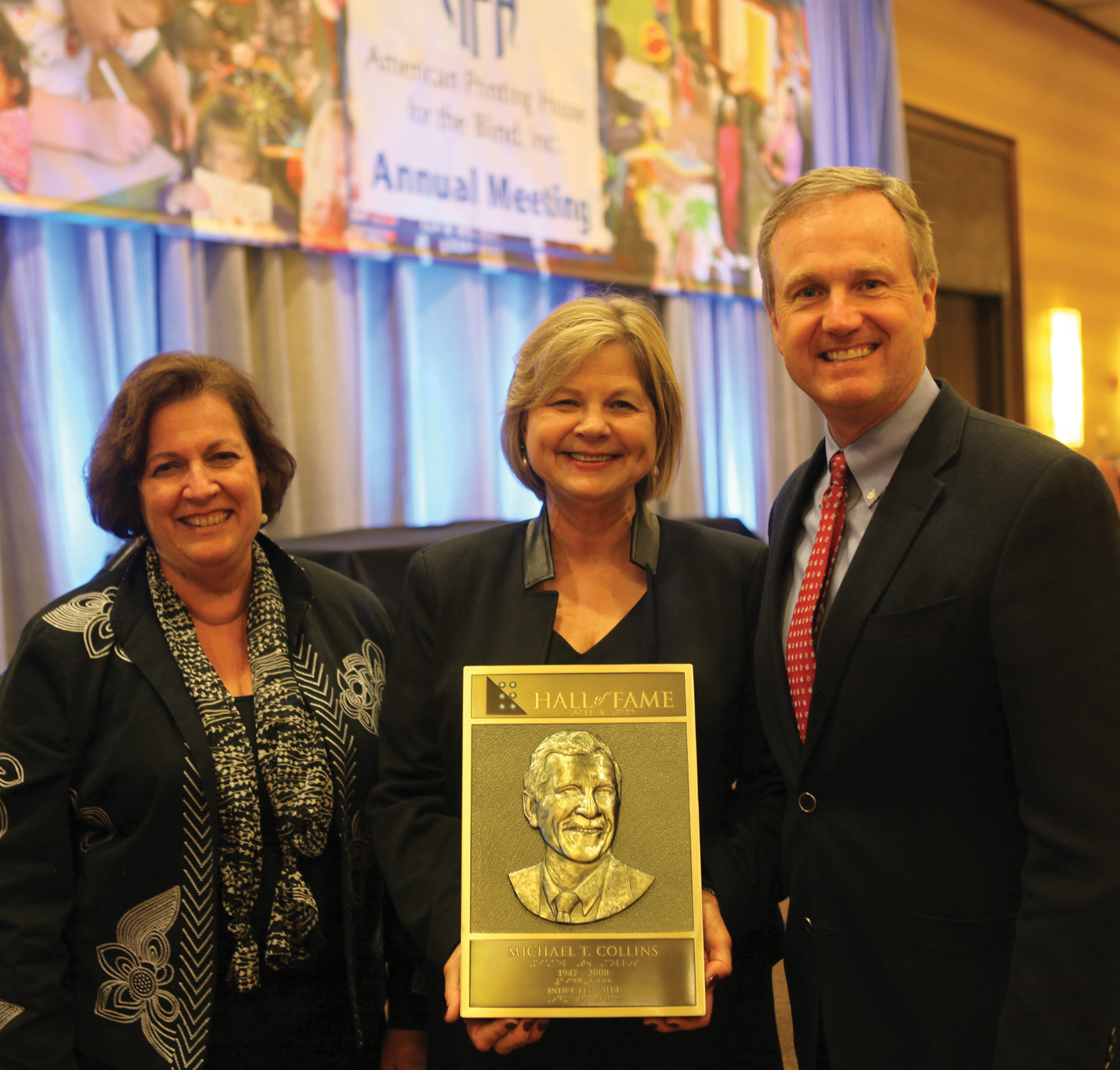