Newel Perry: Mentor and Godfather of the Organized Blind Movement 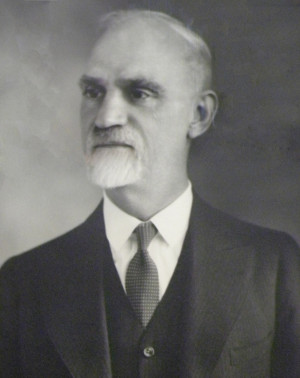 Dr. Newel Perry, "our beloved leader of the blind in California" (Lowenfeld, 1956), is considered to be the father of the modern civil rights movement of the blind, more often called the consumer movement or the organized blind. According to Matson (1990), Perry "presided as mentor and godfather to the [organized blind] movement." (pp. 261-262). Dr. Marc Maurer, in his letter supporting his Hall of Fame nomination, calls Dr. Perry, "the one person who most directly set the stage for the blind of this country to collectively assert their civil and consumer rights."

Newel Perry (1873-1961) was born on a farm in Dixon, California on December 24, 1873. His family moved to a farm in Shasta County near Redding in 1876. He was educated in a one room school house, with students ranging in age from six to twenty until he lost his vision due, as he recalled, to "a severe attack of poison oak." After that he was not sent to school until 1883 when his father died and Perry, not yet 10, was sent to school and to live at the California School for the Blind in Berkeley.

Perry was observed to have remarkable mental mathematics skills and ambitions to attend higher education and learn a profession. The school’s administration decided to experiment by having him attend Berkeley High School and in 1892 he became the first blind graduate of that school. He then became the first blind person to attend and graduate from the University of California at Berkeley (1896). He worked his way through the university by tutoring fellow students in mathematics. Following graduation, he received an appointment as a full time instructor in mathematics at UC, and was a summer instructor at the University of Chicago.

In 1898 he founded and became first president of the California School for the Blind Alumni Association of Self-Supporting Blind which became a model and pre-cursor of other organizations of and for blind persons. His stated purpose was "to escape defeatism and to achieve normal membership in society."

At the turn of the century he traveled extensively in Europe, making use of the German language classes he had attended at UC and earning a living by teaching the English language to Swiss and German citizens. He then attended the University of Munich and earned a Ph.D. in Mathematics (1902).

Returning to the U.S., he found tutoring work at New York University and Columbia University and undertook a challenging legislative effort. Dr. Perry believed that education was the best path for blind persons to attain employment and upward mobility and he successfully lobbied the NY state legislature and Governor Charles Evans Hughes to sign into law a bill appropriating reader funds for blind college students—the first such bill in the United States (1906). He had to overcome competition for funds from others wanting to serve the blind individuals by expanding sheltered workshop opportunities.

Dr. Perry returned to California in 1912 to teach at CSB and became Director of Advanced Studies until his retirement in 1947. During that time he replicated the NY readers for blind college students bill in California (1913) authored and led the drive to amend California’s state constitution with an amendment known as "California’s Legal Aid to the Blind Laws" (1928); and founded and became first president of of the California Council of the Blind (1934-1953). 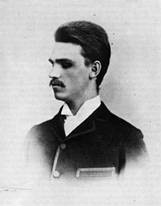 He is best known for having mentored at CSB "Perry’s Boys (and Girls)," a group of talented blind young men and women who would, with Perry’s assistance, begin the organized blind movement of advocacy and civil rights. Among Perry’s Boys was Jacobus tenBroek who would later become the first president of the National Federation of the Blind (1940).

At Perry’s memorial in 1961, tenBroek observed, "More than any other person, it was he [Perry] who taught us that the blind can and must lead the blind and the sighted, too, when dealing with the problems of the blind. More than any other person, it was he who made us aware that to go on unorganized was to remain disorganized, that only through concerted action can the blind hope to convert and enlist the power of government and to defeat the thoughtless tyranny of public prejudice and opportune ignorance."

From Lynne Laird, past president of the CSB alumni association, and a retired CSB faculty member, "At the time of his retirement, seventy-eight of his students had been graduated from colleges and universities and had succeeded in a wide variety of vocations and professions. His former students began to turn up all over the State and in other parts of the country as successful lawyers, business people, civil servants, farmers, judges, employment specialists, social workers, legislators, salesmen, osteopaths, chiropractors, and as jobholders of various descriptions and in an extending array of different occupations. All of this occurred at a time when the blind were considered among the unemployable."

Dr. Perry received AERBVI’s Ambrose M. Shotwell Award in 1948 and was recognized and inducted by the California Council of the Blind, when CCB established their Hall of Fame in 1996.

"He [Perry] was responsible for the notion that it is up to the blind to speak for themselves." (Maurer, 2012)