Alice Raftary (1927-2014) was born in Detroit, Michigan. She earned a Bachelor of Science Degree in Nutrition and Institutional Management from Marygrove College in 1949. She and Raymond H. Raftary were married in 1950 and over the next eleven years were blessed with the birth of four daughters and four sons. Ray and Alice celebrated their fiftieth anniversary in April 2000 with their family that now includes seventeen grandchildren. 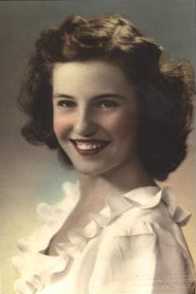 Shortly before the birth of her eighth child, the macular degeneration that Alice first experienced in high school caused a substantial loss of vision and she became legally blind. That event rekindled her interest from college days in the field of blindness. While still a full time homemaker, she returned to Marygrove College on a complete grant from the Vocational Rehabilitation Department of the State of Michigan. Alice earned a Master of Education Degree specializing in Blindness and Rehabilitation in 1967. 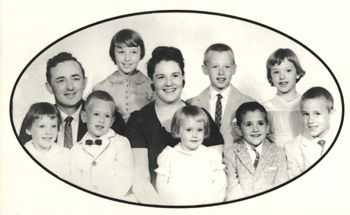 Her Post-Master’s work included a Traineeship in work with the Deaf-Blind at the Anne Sullivan Macy Service, Industrial Home for the Blind (New York, NY 1968) and course work in Ophthalmology and Counseling at Wayne State University (Detroit, MI 1972) Alice’s career as a rehabilitation teacher at the Greater Detroit Society for the Blind (Upshaw Institute for the Blind) began in 1968. (Now known as the Greater Detroit Agency for the Blind and Visually Impaired.) This followed professional positions at St. Joseph Mercy Hospital, Ann Arbor, MI; Mercy College, Mount Carmel School of Nursing, Detroit, MI; and The Rehabilitation Institute, Inc. Detroit, MI. 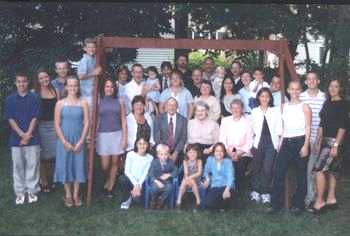 Alice served in a number of capacities while at the Upshaw Institute: Rehabilitation Teacher, Supervisor of Teaching and Personal Adjustment Training, Coordinator of Rehabilitation and Social Services, and lastly, Associate Director. She also authored a number of publications. and scripted and produced audio-visuals. The audio filmstrip, "Valentines for Grandpa Raub" won a Creative Excellence Award at the International Industrial Film Festival in 1980. Her article, "Assessment of Rehabilitation Students During Initial Contact with the Teacher" published in The Journal of Visual Impairment and Blindness (November, 1977), continues to be used as a model in university rehabilitation teacher programs. "Modification of Insulin Techniques for the Visually Impaired or Blind", an eight page pamphlet published by the greater Detroit Society for the Blind, 1974 (Revised 1976) was reprinted in Aids and Appliances Review (June, 1982), Diabetes News, and Ophthalmological Nursing, Little, Brown & Company, 1980. 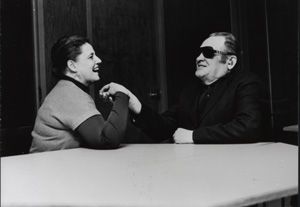 Throughout her career Alice Raftary was in demand as a conference and workshop presenter on the topics of working with the deaf-blind population, insulin management, psycho-social aspects of blindness, funding sources, initial client assessment, aging and blindness, to name a few. She was active in a number of professional organizations including: American Diabetes Association; Association for Diabetes Educators; board member for "Readings for the Blind"; life member of the Association for Education and Rehabilitation of the Blind and Visually Impaired (AER); Chair, AER Division XI (1979-80); Midwest Regional Representative on the AER National Executive Committee (1982-83); past president and board member of MACRT, the Mid-America Conference of Rehabilitation Teachers, and Editor of the MACRT Newsletter. 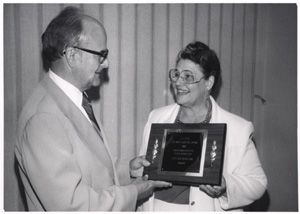 Alice was the distinguished recipient of several awards. In 1982, the American Association of Workers for the Blind honored her with the "Bruce McKenzie Award" for dedication to the field of rehabilitation. The Michigan Chapter of AER named her "Member of the Year" in 1991. She received the Charlyn Allen Award from MACRT in 1992 for outstanding achievement, dedication and leadership in the field of rehabilitation teaching. 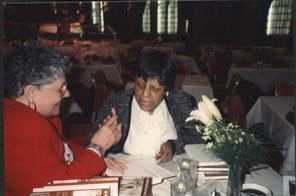 Alice Raftary’s outlook on her career in the blindness field was best summed up in her own words:
"It’s exciting to participate in the restoration of life styles. Helping people to progress from hopelessness to confidence and competence is a thrill and a joy." 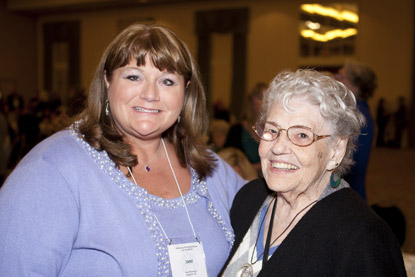 Photo Captions: 1) Alice Raftary in 1943; 2) The Raftary Family circa 1970; 3) The Raftary Family in 2000; 4) January 17, 1973. Blind and deaf Willie Stark has a jovial conversation-by touch-with Mrs. Alice Raftary, a teacher for the Greater Detroit Society for the Blind. Photo and caption courtesy of the Detroit News, photo by Theodore J. Gladwell; 5) Alice Raftary receiving the Bruce McKenzie Award; 6) 1993. Alice Raftary getting Geraldine Lawhorn to autograph her autobiography; 7) Hall of Fame member Alice Raftary (MI) poses with Jane Thompson, APH’s Director of the Accessible Textbook Department, during the Thursday night reception.