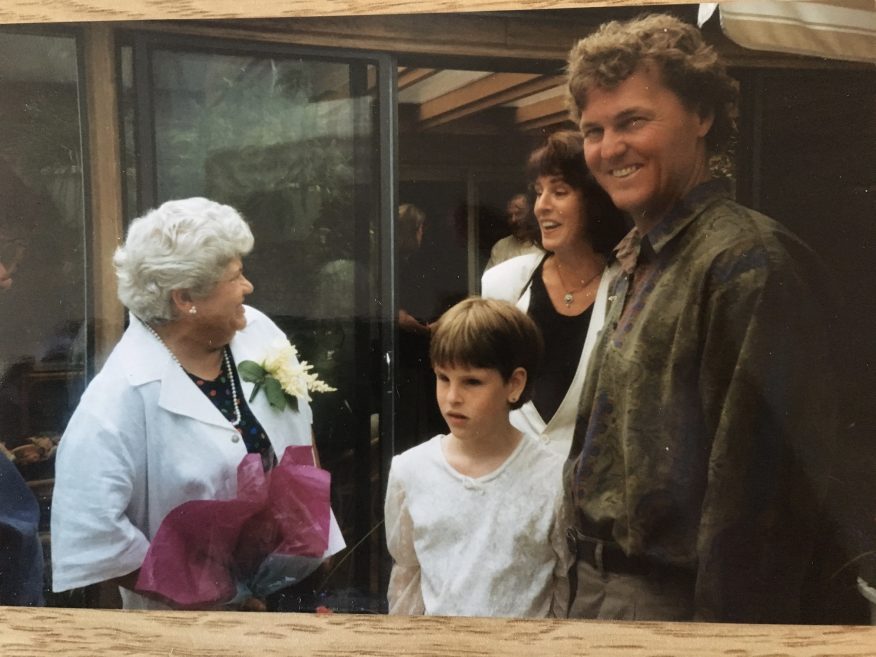 Sally Rogow (1930-2012) was born in Brooklyn, NY where her father was an optometrist. Her younger brother, Aaron, became a lawyer with a specialty in medical malpractice. Sally attended Brooklyn College, and completed her undergraduate degree at the University of Wisconsin in 1951 where she met her husband, Robert Rogow. They had two daughters and four grandchildren and before his death they celebrated 48 years of marriage. She completed her first MA in anthropology at Columbia University (studying with Margaret Mead) in 1953. The family moved to Michigan where Sally completed another MA in Education.

From 1964 to 1966 she taught early childhood education at the Michigan School for the Blind where Stevie Wonder was among the students. She taught at Simon Fraser University from 1966 until 1971. She later finished her doctorate in Special Education at the University of British Columbia where she established and directed the teacher training program for the visually impaired and multi-handicapped from 1971 until her retirement in 1995. She was described as an innovative, determined, compassionate and an exemplary leader in the field with high standards. Her dedication to the many students she taught is evident as each one became an honorary member of the family and was welcomed frequently into the Rogow home.

Dr. Rogow provided frequent consultations with school districts and parent organizations regarding sensory impaired children and shared her findings in numerous books, articles, stories and presentations. Her pioneer studies have significantly expanded understanding of language development and literacy in children with disabilities. In her research Dr. Rogow discovered incidences of abuse and neglect of children with disabilities throughout the world, and especially in Germany under Hitler, which propelled her into the disability rights movement. Following her retirement from UBC she became the project director of The Person Within, a program designed to help prevent abuse and neglect of children with disabilities.

In 2009, Rogow received the Canadian Vision Teachers award for longstanding and distinctive service in the field of visual impairments. In that same year Jewish Women International recognized her for her advocacy and leadership in the field. Sally has many interests, writing being primary among them. She has written a number of children’s books and stories, books for teens and young adults. Her strong advocacy of children with multiple disabilities, her championing the cause of the most vulnerable and marginalized, are reflected in her books Language, Literacy and Children with Special Needs (1997) and Helping the Visually Impaired Child with Developmental Problems (1988). Her many other professional publications include books and articles on language development, literacy, learning games, and visual perception.

Sally was a mentor to many teachers in the field of visual impairment and blindness in British Columbia and throughout Canada and the United States, challenging and equipping them to work with students. Through her example she set high standards for graduate students and the children they serve. Her ability to see the positive side of all personalities made her a very special encourager and motivator to all who knew her.