On Friday evening, October 14, 2005, four additional members were added to the original 32 inductees of the Hall of Fame at a Ceremony held at the Marriott Hotel in downtown Louisville, Ky, as a part of the 137th APH Annual Meeting. Bill English and Abraham Nemeth were present for the special evening. Also honored were William Hadley and J. Max Woolly. The historically significant presentation of each inductee was beautifully handled by event facilitator, Bernadette Kappen. Responding for Dr. Hadley was Hadley School Vice President Dawn Turco. Responding for Dr. Woolly was his son Bill Woolly who was accompanied by his mother Kathlyn and brother Jim. 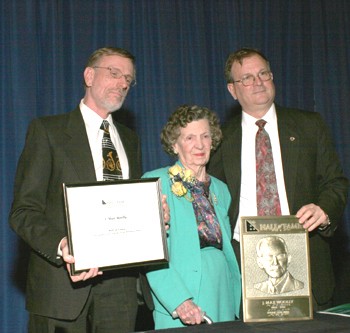 The Woolly family accepts a plaque and certificate to commemorate J. Max Woolly’s induction into the Hall of Fame for Leaders and Legends of the Blindness Field. Left to right: Jim Woolly, Mrs. J. Max (Kathlyn) Woolly, Bill Woolly. 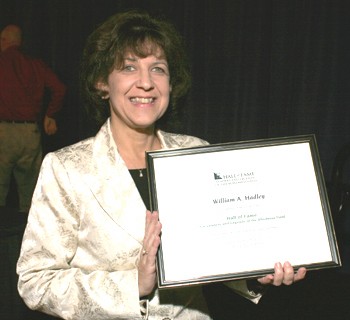 Dawn Turco, Ex Officio Trustee representing the Hadley School for the Blind, holds William A. Hadley’s certificate. Hadley was also inducted into the Hall of Fame. 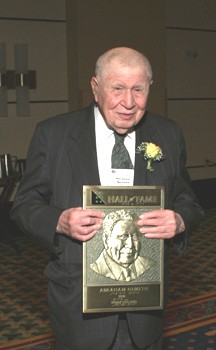 Dr. Abraham Nemeth, another of the 2005 inductees into the Hall of Fame, entertained the audience with stories about his interest in and use of math, leading to the development of the Nemeth Code. 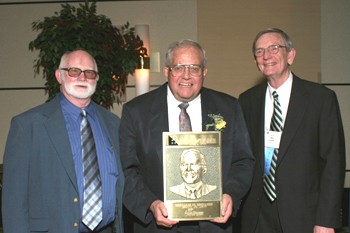 William H. "Bill" English was the fourth of the 2005 inductees into the Hall of Fame. Bill shows off his bas relief plaque as he poses with his good friends, Burt Boyer, Early Childhood Project Leader (left); and Will Evans, Products and Services Advisor. 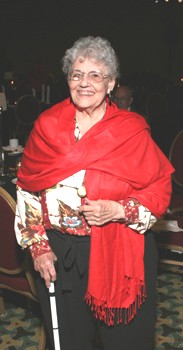 We were pleased that Alice Raftary, a 2002 inductee into the Hall of Fame, was able to join us in welcoming the 2005 inductees. 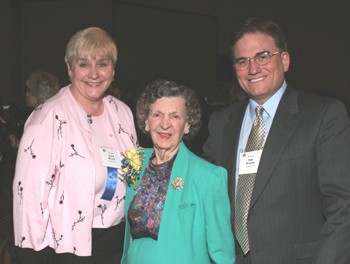 Janie Blome, APH Director of Field Services, and Bob Brasher, APH Vice President of Advisory Services and Research, pose with Kathlyn Woolly. Kathlyn is the widow of J. Max Woolly, a 2005 inductee into the Hall of Fame of Leaders and Legends of the Blindness Field.